Eureka: Putting the Crypt in Cryptobiosis 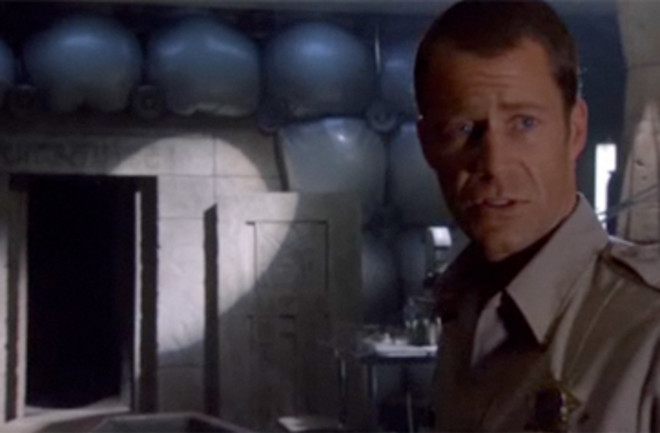 The curse of a mummy's tomb lay over Eureka in last night's episode. (Spoilers below!) Turns out that an unpleasant species of insect that loves to incorporate human flesh into its reproductive cycle had been sealed in with the entombed mummy. The insects had survived through the millennia thanks a little trick known as cryptobiosis, which is employed by some simple creatures in real life to handle tough times. Cryptobiosis is actually an umbrella term for a number of strategies which allow an organism to shut off its metabolism and enter a dormant state until environmental conditions improve. But you don't have to crack open an mummy's tomb to come face-to-face with cryptobiosis. The most common cryptobiotic strategy (and the one employed by Eureka's insect plague) is to become desiccated, with a creature losing nearly all its water in a process known as anhydrobiosis. Anhydrobiosis is familiar to many children—it is the mechanism that allows sea-monkeys (also known as brine shrimp, a name that's a little more descriptive of the actual appearance of these popular creatures) to spring to life after a packet of their eggs is emptied into water.