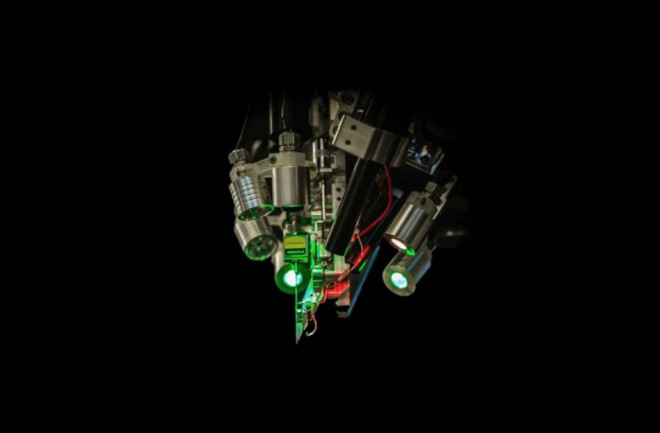 He’s pioneered several multi-billion dollar companies, launched one of his cars into space, and now Elon Musk wants to hack your brain.

On Tuesday night, the CEO and co-founder of Tesla and SpaceX lifted the veil of secrecy on a new venture, called Neuralink. The company launched in 2016 promising to create cutting-edge brain-machine interfaces, but little was known about its operations until a press conference last night in San Fransisco.

Simply put, Musk and the Neuralink team want to implant a device into your brain that can read the electrical signals firing in your noggin, and create artificial ones, too. The point isn’t just to enhance current human abilities – like helping paraplegics walk or restoring sight to the blind – but also to let humans tap into memories and potentially even stream information from our brains to computers, and vice versa.

Musk wants to pioneer a type of implantable biotech that will allow humans to achieve “a sort of symbiosis with artificial intelligence.” To keep up with computers, he says we essentially need to rig our brains with machines.

“Even in a benign AI scenario, we will be left behind,” Musk said at the conference. And this future may be closer than you’d think — he is aiming to have Neuralink’s tech in human patients by the end of next year, as part of clinical trials, assuming the company can get FDA approval.

The San Francisco press conference was heavily aimed at recruiting scientists and developers to join the Neuralink team. But Musk and his colleagues also unveiled a prototype chip, dubbed the N1, as well as the corresponding machinery needed to implant it into patients’ brains.

The N1 chip connects directly to the brain, dodging blood vessels and veins to create a “neural lace.” (Credit: Neuralink)

Like a Tesla with hidden door handles, Musk says there won’t be any wires poking out of customers’ heads. The chip would operate by using super fine “threads” that link to the brain and read signals. The team has dubbed these signals spikes, and the chip’s job is to both decode them and administer new spikes to specific areas of the brain.

Neuralink president Max Hodak said the goal is to implant four chips into the first patient, but future users could have up to 10. Three of these chips would be planted in the motor areas of the brain, and another in the sensory area.

The team showed several photos of the machine designed to implant these chips — a device with a precise needle attached that would navigate blood vessels and veins and nestle the chip into the brain just so. They also repeatedly compared the implant process to LASIK, saying the operation would be relatively painless, require only local anesthetic and could be sealed up without stitches.

But after that, controlling the implants will be simple — and wireless. Users will wear a Bluetooth earpiece that can connect to an iPhone app. The implants should be built to last for over four years, which, to Musk, is still too short a period of time.

Leave the EEGs at the Door

As with any new biotech, overcoming the constraints of the human body could be difficult, and putting devices inside people could present even trickier challenges.

However, reading brainwaves and converting them to human movements isn’t new, although the tech is still in its early phases. Research teams around the world are working on similar projects. For example, last year, a Florida man became the first person to take home a mind-controlled bionic arm. But unlike Neuralink’s implants, this device was controlled by an external armband.

Other trials have taken place using EEG technology, but the Neuralink team says this type of tech isn’t precise enough to read and write to the brain in the way that they want to. Instead, threads will stretch across the brain’s surface with extreme precision, creating a “neural lace.”

During the Q&A at the end of the conference, the Neuralink team said that researchers had already completed trials on rats, and monkey trials are next on the company’s list.

“The earliest results are promising … but time will tell,”  Musk says.

[Editor’s Note: An earlier version of this story incorrectly stated Neuralink’s projected availability to consumers. The company hopes to begin human trials as soon as 2020.]