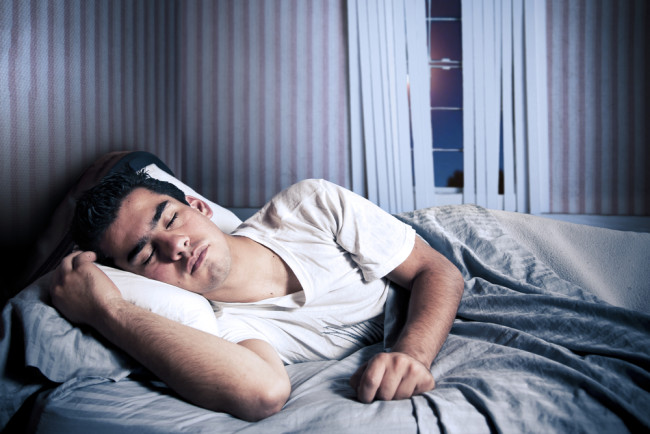 Lucid dreaming, thought to be unique to humans, occurs when we realize that we are dreaming within a dream, which sometimes allows people to take control of their sleeping narrative. This powerful dream state is rare, but researchers say they’ve discovered the mechanism that triggers lucid dreams---and that they can trigger this dream state at will. In a study published Sunday in the journal Nature Neuroscience

, researchers report that they caused sleeping individuals to experience lucid dreams by stimulating their brains with specific electrical frequencies. Researchers believe their findings could shed light on human consciousness and yield novel ways to treat mental illness and post-traumatic nightmares.

Past studies demonstrated that telltale electrical brain wave patterns accompany lucid dreams: gamma waves with frequencies ranging from 20 to 80 Hertz (Hz). So, researchers in the current study set out to test if these signature gamma waves were the cause of lucid dreams, or rather an effect of the dream state. They rounded up 27 adult volunteers who weren’t lucid dreamers and stimulated their brains using a technique called frontotemporal transcranial alternating current (tACS), which delivered current through electrodes placed on the scalp. Researchers tested frequencies from 2-100 Hz over the course of four non-consecutive nights. Each morning when participants woke up, they were asked to recall their dreams. The researchers discovered that the specific frequency of 40 Hz electrical stimulation, and to a lesser degree 25 Hz, caused participants to recall having lucid dreams. Participants reported that they were aware they were dreaming, and felt like they were watching themselves from the third-person perspective. Some dreamers also said they could at times control actions in the dream.

Granted the researchers’ results are from a small sample size; but if they are replicable, the stimulation technique could help treat mental illnesses such as post-traumatic stress disorder. A person experiencing a repeating nightmare could theoretically enter a lucid dream state and perhaps change the outcome of the dream. The study’s author, Ursula Voss of J.W. Goethe-University in Frankfurt, Germany, warned that any electrical brain stimulation should be conducted under the expert guidance of a physician, Reuters reports

. Therefore, any Inception-inspired amateur applications of these findings should remain the stuff of dreams.