Does Technology Help Us Be More Ethical? 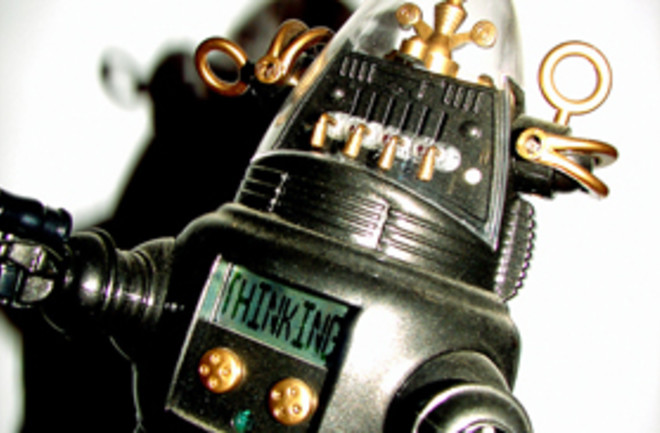 Ronald Bailey over at Reason Magazine has noticed a trend. When a new technology comes out, particularly if it impacts birth or death, people have a very powerful initial reaction: "Yuck!" However, within a few years, that “yuck” quickly shifts to “yippie!” A perfect example is Robert Edwards accepting the Nobel Prize in Physiology for developing the first successful in-vitro fertilization (IVF) techniques with his colleague, Patrick Steptoe, in 1978. Everyone knew IVF was a huge breakthrough at the time; everyone also freaked out at the idea. The scientific community took another 30 years after the birth of Louise Joy Brown to approve of IVF enough to award Edwards and Steptoe with the prize they so clearly deserved. In an unrelated, but completely relevant article, the Washington Post’s Kwame Anthony Appiah triggered a debate over moral progress and history with his recent “What will future generations condemn us for?” His guesses are that our prison system, the industrial meat complex, elderly care, and environmental damage will bring the most intense “how could they do that?” from history students. Will Wilkinson adds that nation-states dividing up the world with their borders, tariffs, and limits on freedom of movement will look pretty awful to citizens of the next century. Tyler Cowen (who teaches at my alma matter) tried to figure out what we might condemn future generations for, worrying that torture, pre-emptive war, and anti-gay sentiment may make a comeback. What is going to help determine whether we’re moving towards utopia or dystopia? The most interesting twist on Appiah’s original idea, and a potential answer to my query, comes from conservative op-ed writer Ross Douthat at the New York Times. Douthat’s eye-grabbing point is that technology itself helps to drive our moral shifts, in that often a new technology is able to disconnect two things that were once inextricable:

“Note, though, that I’m envisioning a technological leap as the catalyst for this shift. It’s true that deterministic arguments can go too far, and that human agency matters enormously to moral change … but it’s still the case that technological and economic trends play an enormous role in determining which moral arguments gain ground, which achieve dominance, and which slip toward eccentricity. The cotton gin launched a thousand pro-slavery polemics. The birth control pill convinced millions of people that the old moral consensus on sex and marriage was outdated and even absurd.”

Just which taboos will become tolerable in the future based on technology is, I think, grist for another post. What is worth discussing now is how technology enables these sea changes in our moral thinking. Bailey’s “yuck-to-yippie” thesis dovetails nicely with Douthat’s “tech can drive moral change” thesis. Let’s imagine a new example: designer babies. We first hear about a brand new technology and everybody from religious leaders to scientific experts to your grandmother stands up and denounces it---“Yuck!” says Grandma; “Eugenics will bring back Hitler armies!” says the politician who has no grasp of science (a redundant statement, I know); “God doesn’t approve!” says the Vatican; “all people will all be the same!” says the worried science philosopher. “The genetic engineering of people could have lots of things go wrong with it, and it’s just unnatural, so we probably shouldn’t do it,” says the general consensus. But that breakthrough in genetic engineering technology doesn’t just go away. The knowledge, the scientific understanding, the ability to make designer babies, is now here, nagging at the back of everyone’s brain. Despite loud, angry protests, the FDA rigorously tests the process and a few babies are born using trait-selection techniques. Just as with IVF, the babies are shown to be as healthy as babies born without assistive reproductive technologies. Normalized and routine, thousands of children are able to be born free of genetic diseases. Twenty years after the fact, the research team that first successfully cloned a human being is finally given the Nobel Prize. That little scenario describes Bailey’s trend, but what about Douthat’s social change? Consider the following: at our current point in history, no matter how one reproduces, good genes are still mixed in with bad ones. Even the healthiest couples could pass on genes that would make their child susceptible to high cholesterol, cancer, schizophrenia, depression, or whatever other diseases there are waiting to be triggered by the genetic demons perching in the family tree. Then, as described above, a process is developed that allows you to select only the healthiest genes from the mother and father when "designing" a new child. In a world where one can easily prevent a litany of genetic diseases and disorders, how would you look back on a society that paid no attention to the genetic health of the child? Would you consider it moral to leave a child's genetic outlook to chance? My argument is that technology can actually create new ethical problems and moral decisions because it allows events that were once impossible. In the case of vat grown meat, tech allows us to have our happy cows and eat them too, making our being moral all the easier. In the case of designer babies, tech gives us a big heaping batch of new problems to fret and argue over. Original image via aussiegall on Flickr