1 in every 250 people say that they can’t remember ever dreaming. Are they right? 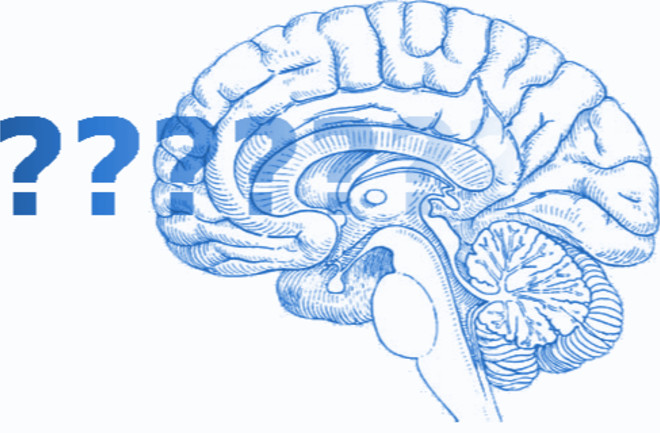 Everyone dreams — even people who believe that they “never dream” and can’t remember any of their dreams. That’s according to a group of French researchers writing in the Journal of Sleep Research: Evidence that non-dreamers do dream.

In questionnaire surveys, up to 6.5% of people report that they ‘never dream’. Although most of these people report having dreamed at some point in the past, roughly 1 in every 250 people say that they can’t remember ever dreaming — not even once.

But is it possible that these “non-dreamers” do in fact have dreams, but just can’t remember them?

To study this question, Herlin et al., authors of the new paper, looked at people with REM sleep behavior disorder (RBD), a condition in which patients make movements, sometimes violent ones, while they sleep. Sometimes these movements are accompanied by speech. The movements seen in RBD are often quite complex and, interestingly, they seem to correspond to the content of the dreams that patients are experiencing. At least some of the actions seen in RBD are ‘acted out’ dreams.

Patient 1 was a 73-year-old man … He used to recall dream as a child, but stopped recalling dreams from the age of 20 years. At the age of 53 years, he started talking, yelling, and moving his legs and arms while asleep …

[Videos show] the patient arguing, swearing profanities, kicking, boxing and throwing items towards an invisible individual during REM sleep, as well as fighting again in another REM sleep episode 1 year after, with no subsequent dream recall despite the nurse’s immediate inquiry.

The patient was recorded as saying (in French, translated)

What can I make to eat, I saw … You listen … (incomprehensible words, then high-pitched voice) Stay here before doing such a thing, you b*tch!

This certainly sounds like dream-like speech and actions. On the basis of these cases, Herlin et al. conclude that “dreaming production is universal, while dreaming recall is variable.”

Which raises an interesting philosophical question: what is a dream? Is it simply a subjective experience during sleep? If so, how can be sure that these patients are dreaming? Maybe they are just behaving as if they are dreaming, but without any conscious content. Maybe non-dreamers are a concrete example of philosophical zombies (P-Zombies) — a hypothetical creature that behaves like a normal human, but has no conscious experiences.

On the other hand, maybe some people do have dreams but never remember them. Maybe we all experience this — we might have many dreams every night, and only remember some of them. But are they really “my” dreams if I don’t remember them? Or is memory what binds together experiences into my identity?

I do note, however, that there is a selection bias in this study. All of the patients were undergoing evaluation for sleep behavioral problems, which seems to mean that they were making movements in their sleep that were a risk to themselves or others.

However, if the movements in RBD are related to dreams, then someone who really never dreams would never make such movements. Such a person could develop full-blown RBD, but no-one would ever know about it, because they would have no dreams to act out. In other words, genuine non-dreamers might be out there, and would never make it into a study like this.

More From Discover
Mind
The Science of a Good Scare
Mind
What Happens When Scientists Put a Human Intelligence Gene Into a Monkey?
Mind
What is Anxiety and How Can Worries Overpower Us?
Health
What is Epilepsy and What Should We Know About it?
Planet Earth
We Share Smarts with Octopuses, and Now We Know Why
Mind
How Your Brain’s “Fingerprints” Could Diagnose Disease
Recommendations From Our Store
My Science ShopDiscover STEM Kits
My Science ShopDiscover 2022 Calendar
My Science ShopStrange Science
My Science ShopElements Flashcards
Shop Now
Stay Curious
Join
Our List