Do We Need A Neuroscience of Terrorism? 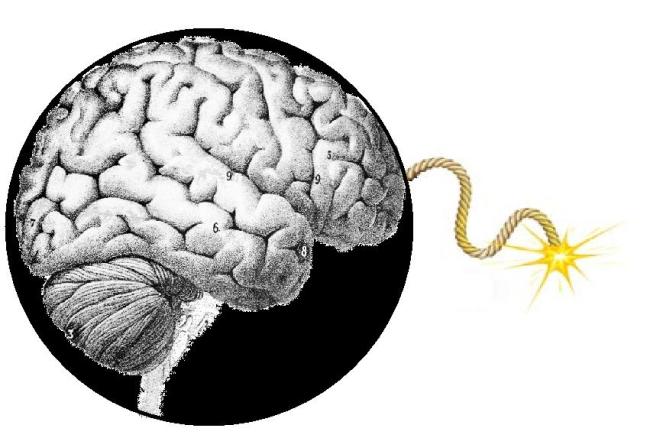 Little is currently known about the neurological pathways of terrorism - the inner workings of a brain that can justify random violence to promote an abstract, extreme belief... there has been no neuroimaging done to examine terrorist brain activity at play.

This lack of neuroscientific knowledge is a problem, we're told, because

“[terrorism is] like with cancer: The more you know about it, the more you start to understand the process of it, the earlier you can attack it and prevent it,” said Shuki Cohen, associate director of the John Jay College of Criminal Justice Center on Terrorism

The overall message seems to be: extremism is a kind of brain disorder; we don't know the causes, or how to cure it, but neuroscience does offer some insights:

One concrete piece of knowledge, [Kent Kiehl, professor of psychology, neuroscience and law at University of New Mexico and author of The Psychopath Whisperer] said, is that many people who engage in terrorist activity are young, and that the adolescent brain relies heavily on the amygdala - responsible for emotions - and less on the prefrontal cortex - the judgment and decision-making center.

Do we really need to study terrorists' brains in order to understand their actions? Would a neuroscience of terrorism help us to prevent atrocities? To answer this question we need to distinguish between theoretical and practical approaches to this issue. I'm skeptical that brains scans could offer any theoretical insights into terrorism. Neuroscience can answer questions about the brain. But when it comes to terrorism, what we are interested in is cognition and behavior. We want to understand how terrorists think and why they act the way they do. These are not questions about the brain, except in a trivial sense that all thought and behavior has a neural correlate. When we say "I want to understand terrorism" what I think we mean is "I want to understand what makes terrorists different from everyone else". But the answer to that question probably doesn't lie in brain scan images. Even if we found neural activity blobs in particular brain areas that predict terrorist attitudes, I don't think we could interpret them in everyday terms. Unless you're a neuroscientist whose job is to find those blobs, I don't see that finding them would help you. If we understood the normal (non-terrorist) function of the brain in great detail - which we currently don't - then maybe we could interpret terrorists' brains. Until then, I suspect that the best way to understand this behavior is to listen to terrorists and observe them and try to comprehend them in the same way we comprehend everyone else. Or to put it another way, I don't think cancer is the appropriate metaphor for a human activity.

On a practical level, I'm not convinced that neuroscience offers any immediate practical benefits to counter-terrorism, although it's not impossible. Neuroscience might be able to help. It's within the realm of possibility that we could take a suspected bomb-maker, and see if their brain responds to (say) the smell of freshly-synthesized explosives. Innocent people would probably not recognize that smell. That would be a high-tech 'guilty knowledge test

', which might be useful in some investigations, but the method is not really specific to terrorism. Beyond this, it could be possible, hypothetically, to measure something like pro-terror attitudes in the brain. We could show people a picture of (say) Osama Bin Laden and see if there is a "positive" brain response. I don't know if anyone has ever tried this, and I doubt it would work. The closest analogy in existing science is the claim that fMRI can detect pedophilia

: by showing people images of naked adults and naked children, you can, supposedly, detect a sexual attraction response to the children in pedophiles. Maybe something similar could be contrived to detect attraction to an ideology or belief in a cause. But even if you found a way to do this, the same practical (and ethical) issues that arise with pedophilia 'detection' would arise. For instance, what do we do about someone whose brain "lights up" to the taboo stimuli (child, or pro-terror), but who denies feeling any attraction? What about someone who acknowledges a taboo desire, but who has never acted upon it and who says they never will? Neuroscience might offer a source of information, but we'd still have to make sense of that data.