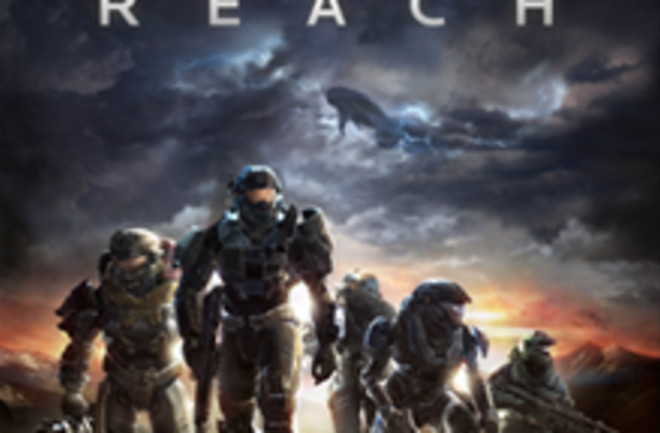 "Halo: Reach," the newest installment in the long-running Halo video game saga, comes out today. While players are rampaging around in the digital universe and slaughtering everything in sight, they might be doing something else too: improving their decision-making skills. Action-packed video games, including first-shooters like those in the Halo franchise, can lead people to make better and quicker rapid-fire decision, according to a Current Biologystudy by Daphne Bavelier and colleagues.

“What’s surprising in our study is that action games improved probabilistic inference not just for the act of gaming, but for unrelated and rather dull tasks,” Bavelier says. [Science News]

Bavelier's team first rounded up 11 young men of about 20 years of age who were heavy action gamers, and another dozen who didn't play. The scientists ran them all through a test in which they had to watch dots on a computer screen and indicate quickly, with a keystroke, which direction the dots were moving. The test is intended to measure what's called probabilistic inference, synthesizing evidence from your surroundings to make a decision. According to Bavelier, the gamers could do this much faster than the non-gamers. That proved true also for men and women Bavelier recruited who hadn't played action games before, but did so as part of the study.

The participants in the test -- including those who didn't usually play action video games -- were found to have improved inference skills after playing 50 hours, compared with a test group that didn't play at all. [CBS News]

Any study that plays against the "video games are turning the youth into mindless zombies" stereotype is bound to attract headlines, but let's be honest—this isn't that surprising. What Bavelier's team showed, essentially, is that people who spend their leisure hours with a game that demands rapid-fire decisions (and punishes failure) are good at making rapid-fire decisions. (Or, perhaps, that the probabilistic inference test is really just a rudimentary video game, and people who play video games are good at video games.) The finding, however, adds to the growing body of evidence in defense of video games. Studies have shown that playing video games could improve hand-eye coordination and even vision

, or that some time with the block-dropping distraction of Tetris might be ideal

for someone with post-traumatic stress disorder. Bavelier says she didn't see the same decision-making boost from strategy or role-playing games, arguing that with this particular benefit, there's something specific about action-packed games:

"Unlike standard learning paradigms, which have a highly specific solution, there is no such specific solution in action video games because situations are rarely, if ever, repeated," the researchers write. "Thus, the only characteristics that can be learned are how to rapidly and accurately learn the statistics on the fly and how to accumulate this evidence more efficiently." [CNET]

As experimental psychologist and video game researcher Anne McLaughlin said during the video game roundtable featured in DISCOVER's September issue: "Play is a very natural place to go for learning experiences. In video games there's a structure of achievement and reward." Related Content: 80beats: Have You Consumed Your 34 Gigabytes of Information Today?

80beats: Heightened by Halo: First-Person Video Games Are Good for Your Vision