Discovering Alien Life: How Would We Really React? 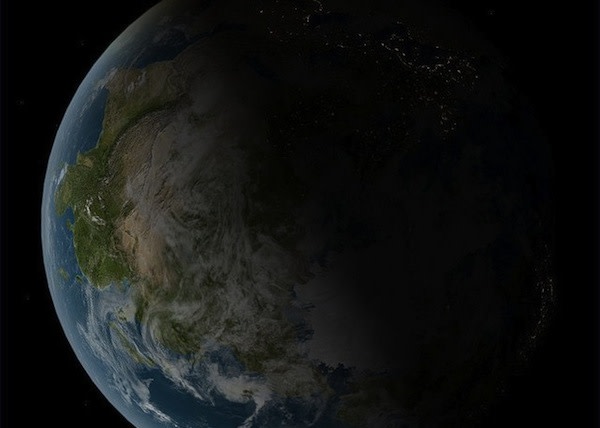 A couple days ago, Fox News broke a story with the unbelievable headline, "Exclusive: NASA Scientist Claims Evidence of Alien Life on Meteorite." The claims are obvious bunk, but if you don't believe me, here is PZ Myers with an entertaining demolition of the paper and its credibility. Myers' main argument is that if the paper was real, it would probably have shown up in Nature or Science, been better written and argued, and received more than a blurb on Fox News' website. Discover's own Bad Astronomer Phil Plait has a wonderful summary of other opinions, and gives an excellent conclusion of how a real scientist thinks about an astounding announcement in a field that isn't his own. Myers' and Plait's respective posts are exemplary demonstrations of scientific skepticism. True to form, Plait ends with this interesting little notation:

As a scientist and a skeptic I have to leave some room, no matter how small, for the idea that this might be correct.

Though the announcement that alien bacteria was found on a meteor is almost certainly false, eventually a scientist may in fact discover real evidence of alien life. I grant Myers' point about a prestigious journal publishing the direct evidence would probably be the first place we would hear about such a discovery. But then that evidence would be challenged by every reputable scientist breathing. There is a simple rule in science: extraordinary claims require extraordinary evidence. I thank Bill Nye for teaching me that little tidbit when I was a youngster. It has done me well. But if the evidence is legit, other scientists will analyze, test, and, ultimately, verify the evidence. There would be proof that Earth wasn't the only place in the universe where life came to be. Which begs the question: How would the evidence of extraterrestrial life be broken to the public? How would the President react? The pope? How would you react? How would the real discovery of alien life happen? Let's do a thought experiment. My suspicion is that even if the alleged discovery of meteor bacteria had been published in Nature by respected and trusted scientists, it would be met with almost an equal degree of skepticism. Imagine your friend emailing you a link to the Nature article saying that a meteor contained evidence of bacteria from outer space. Your reaction wouldn't be to sit down, head in hands, overwhelmed by the colossal existential weight of the discovery that Earth is not the sole originator of life. You probably wouldn't even read the article. Life would carry on as usual. Why? Because you would expect the results to be an error, or a misrepresentation, or contamination of the sample. Except, this time, you would be wrong. The important point here is that a raised eyebrow and dismissal is the appropriate reaction to the claim that extraterrestrial life has been proven to exist. Because it is among the most extraordinary claims a person can make. Extraordinary claims require extraordinary evidence, and extraordinary evidence requires extraordinary scrutiny. If the evidence was legit, it wouldn't just go away. It would invite and demand further scrutiny. Over the next few years, scientific journals would publish responses and further verifications. Corroborative evidence would begin to emerge, counter-theories and more plausible terrestrial-bound explanations would be published. The counter-theories and explanations would fail to explain the evidence and be rejected. You might see an article in a respected news paper or your favorite science magazine (ahem) that summarizes the current theories and scientific debates surrounding the alleged evidence of extraterrestrial life. Despite all attempts to remain objective, the articles would have an undercurrent of electric excitement. Yet the veracity of the evidence would remain in question. Most of us would still believe, in the back of our collective mind, that Earth is life's only home. And then, one day, maybe a decade after the initial discovery, after years of research and verification and testing and challenges and re-testing and debate and consideration, after more scrutiny and attempts at falsification than any single set of observable phenomena has ever faced, a press conference would be announced. Every major scientific organization from around the globe would be represented in some form. Every major media outlet would be present. World leaders would be either in the audience or preparing to address their respective nations. The original team that published the initial data would be seated on the dais. Their team leader would take her place at the podium, and make the announcement: "Based on the evidence discovered by our team over a decade ago, thousands of researchers and scientists from around the world have come to a conclusion. Of the hundreds of hypotheses posited to explain the data, only one is supported: We are not alone. The origins of the bacterium on the meteor are extraterrestrial." On that day, and that day alone, will anyone truly believe it. There have been three great traumas to the psyche: the Copernican, the Darwinian, and the Freudian. I suspect the remaining trauma is that of the Alien. I cannot begin to guess how humanity will cope with that knowledge. I admit, I might be fantasizing that any scientific announcement could garner that much attention. Then again, the discovery of alien life isn't just an issue for science, but for humanity. Whatever the magnitude of the discovery's final announcement, do not pretend we will believe it when we first hear it. I certainly won't. Follow Kyle on his personal blog and on twitter.Awesome image of our pale blue dot by