A new paper from a group of American neurologists makes the case that Hitler suffered from Parkinson's disease for much of his life, and that some of his most fateful decisions were influenced by the neurological disorder. The article is by Raghav Gupta and colleagues and it appears in World Neurosurgery - a journal with an interesting political history of its own. Gupta et al. note that

That Hitler suffered from Parkinson's at the end of his life is not a new idea but Gupta et al. say that Hitler's disease may have impacted large parts of his career, making him impulsive and reckless, and ultimately making him lose WW2:

We propose that Hitler’s condition may have led him to attack Russia prematurely [in 1941]... Lieberman has suggested that the decision to invade Russia without and before defeating Britain on the western front and waiting for reinforcements from Japan, was not only reckless but also was influenced by Hitler’s failing health.

The authors cite other bad decisions of Hitler’s such as the failure to defend Normandy in 1944, and his refusal to allow his forces to withdraw from Stalingrad in 1942, as products of the dictator's "volatile temperament" which, they say, may have been exacerbated by his Parkinson's. 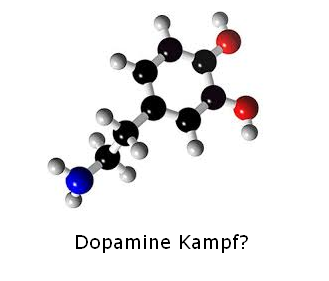 But military incompetence is not the end of it. Gupta et al. go as far as to suggest that Hitler's inhuman policies were influenced by his disease:

Hitler often accused, deceived, and betrayed others for personal gain and was especially known for his lack of remorse and sympathy, which can be further associated with his Parkinson's... The character traits which define Hitler as a notorious political leader and brutal dictator, one who carried out innumerous war crimes in the 20th century, may then be directly associated with his diagnosis.

I'm really not sure what to make of this. Gupta et al. seem to be suggesting that Parkinson's can make people, literally, prone to becoming like Adolf Hitler. I don't think this will go down well with Parkinson's sufferers. The authors go on to say that

Hitler’s inhumane personality, marked by a true lack of sympathy and remorse, can also be ascribed to his condition, often compelling him to act in ways that we today characterize as brutal, callous, and unethical.

One problem with this theory is that it can't explain Hitler's behaviour before 1933, a year Gupta et al. suggest as the onset of the disease. Yet Hitler had been impulsive and unrealistic long before that. As early as 1923, the young Hitler rashly decided to launch the Beer Hall Putsch, an armed uprising to seize the city of Munich and ultimately overthrow German democracy. The plan failed and Hitler was imprisoned. Hitler's 'inhumane, brutal, callous, and unethical' views did not arise in 1933 either. Hitler published Mein Kampf, a book hardly known for its compassion, in 1925. Perhaps mindful of this point, Gupta et al. actually suggest that Hitler developed Parkinson's long before 1933. They state as a fact that

Hitler began suffering from early symptoms of Parkinson's disease sometime after World War I, including dyspepsia, colon spasms, and pathological sleep habits such as severe insomnia.

I'm not a neurologist, but this seems like a huge leap. Indigestion and insomnia are hardly unique to Parkinson's! Overall, I'm not convinced by all this.