Could a placebo help heal a broken heart? 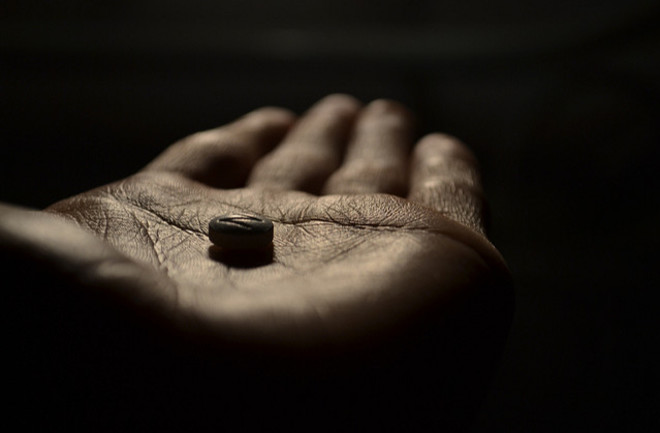 The placebo effect is an amazing phenomenon. As we have previously reported, placebos can help with everything from losing weight to improving your vision. And, according to this study, they may even help mend a broken heart. Here, researchers recruited participants who had been dumped in the last six months, and gave them a saline nose-spray that they claimed either was "effective in reducing emotional pain" (the placebo group) or a routine part of fMRI imaging (the control group). Next, the researchers conducted fMRI imaging of the subjects' brains while showing them photos of their ex-boyfriend/girlfriend, and asking the subjects to recall their breakups. The result? Subjects in the placebo nose spray group experienced less social pain when remembering their exes compared with those in the control. Let's just hope those participants were well compensated!

"Placebo treatments can strongly affect clinical outcomes, but research on how they shape other life experiences and emotional well-being is in its infancy. We used fMRI in humans to examine placebo effects on a particularly impactful life experience—social pain elicited by a recent romantic rejection. We compared these effects to placebo effects on physical (heat) pain, which are thought to depend on pathways connecting prefrontal cortex and periaqueductal gray (PAG). Placebo treatment, compared to control, reduced both social and physical pain, and increased activity in the dorsolateral prefrontal cortex (dlPFC) in both modalities. Placebo further altered the relationship between affect and both dlPFC and PAG activity during social pain, and effects on behavior were mediated by a pathway connecting dlPFC to the PAG, building on recent work implicating opioidergic PAG activity in the regulation of social pain. These findings suggest that placebo treatments reduce emotional distress by altering affective representations in frontal-brainstem systems." Related content: Lose weight, improve your vision, and more with… the placebo effect!Flashback Friday: On the purpose of saying “ow” when you hurt yourself.Don’t let mama fool you: (fake) study says kisses don’t help booboos.