Controlling the Brain With Magnets 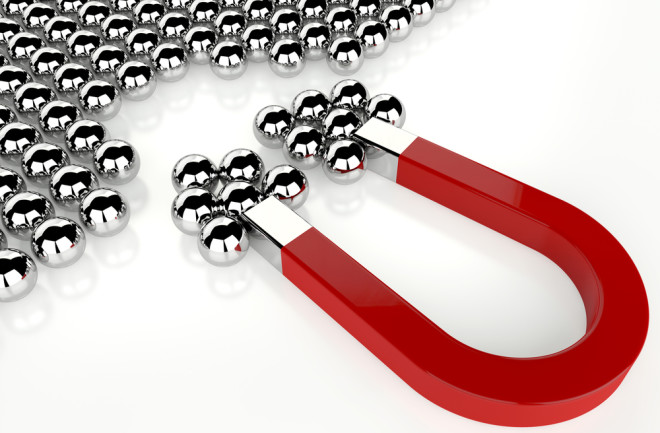 Several times a week, Harvard neurologist Alvaro Pascual-Leone takes control of someone else’s brain. He presses a device the size of a table tennis paddle against that person’s head and sends pulses of electricity that shut down or stimulate wide tracts of brain cells. The technique, called Transcranial Magnetic Stimulation, or TMS—apparently harmless and virtually painless—permits him to temporarily alter the activity of a living human brain.

Back in 1984, Pascual-Leone was involved in designing the first TMS system, which relies on a copper coil inside the paddle. The coil generates a magnetic field, inducing a current in any nearby conductor, such as the electrically active cells of the brain. Unlike shock therapy, which jolts the whole brain, TMS penetrates only an inch or so. The result can be as subtle as changing how the fingers move or as radical as causing temporary blindness.

TMS can be roughly aimed to explore diseases, like Alzheimer’s and Parkinson’s, that affect how the brain responds to the current, a change measurable through neuroimaging or electrodes placed on the scalp. TMS can also explore plasticity—the way neurons rewire themselves, take on new functions, or alter how they react to stimulation. By directly interfering with malfunctioning circuits, repetitive TMS is even being used to treat severe depression.

Discover spoke with Pascual-Leone in his office at the Harvard Berenson-Allen Center for Noninvasive Brain Stimulation about the future of TMS.

How does a magnetic field affect the brain?

The brain is basically an electric machine, an electric organ. Neurons generate electricity, and they’re connected to each other in networks similar to electric circuits. Because there are lots of connections, if you modify one area, it has a distributed effect.

With TMS, you can make the brain cells fire in a specific rhythm. In a sense, you can think of it as occupying the cells so they cannot process information in the way that they should.

So the current distracts the cells from what they would be doing?

Yes, you can think of it as distracting them. While you stimulate, the cells in the area are not capable of functioning properly. Another way to use TMS is to change the way the cells respond after you stimulate them. Because of the way you make them fire together with other cells, it alters their dynamics. So for a period of time from minutes to hours afterward, their function is modified. The reason that is possible is because the brain is capable of change—what we call plasticity.

Neuroplasticity, the brain’s ability to remodel itself, can involve changes in both function and structure. How does that work?

Imagine there’s a lot of traffic on the highway and I’m only able to drive slowly. Functional changes modify the traffic flow so that it is easier to drive through the traffic. Structural changes add lanes to the highway so cars can now drive in a different way.

The brain does both. We’ve come to realize that structure and function in the brain couple together. If you make connections between neurons work in a different way, eventually there will be growth of new connections that solidify those changes.

When you make circuits work in a different way, the actual structure of the circuit, the wiring of the circuit, will also change. That’s why we believe TMS induces both functional and structural changes.

Is that how stimulation helps depression—by getting the brain to rewire itself?

You can think of it in this context as guiding plasticity, inducing changes. By applying stimulation a number of times, we harness plasticity, so the brain for a period of time functions in a better way.

From this perspective, depression sounds like a wiring problem, not a chemical problem.

Often we think about a neuropsychological disorder like depression or autism as a unified thing. But a different way to think about it is that these are just labels for a series of dysfunctions in different circuits. People with depression present with lack of motivation, lack of initiative, sadness, and problems with what we call working memory. Each symptom maps onto different networks.

How do you perform the TMS treatments?

You apply a short burst of stimulation—say, 10 stimuli per second for 8 seconds. Then you pause for 22 seconds, then apply another burst. You repeat this for 30 minutes or longer every day for three to six weeks.

About 60 percent of our patients have a real remission of their depression. Activity in the part of the brain we target changes, as does the activity in the network, but how that comes about remains unclear.

Some patients respond very quickly. In a few days they start noticing a difference. The majority need daily sessions for two to three weeks or longer to start noticing a change. In our clinic, the results are better than in published clinical trials. I guess it’s because the patients know that they’re getting real stimulation, so phenomena like expectation and hope and the placebo effect are all benefiting the patient.

Are depressed patients cured permanently, or do they have to get recharged?

For reasons we don’t understand, the circuits that have been modified don’t stay modified forever. It’s as if you were to charge a battery, and there’s some leakage and the battery discharges again. If they start getting worse, then we do another course of treatment.

What does the electricity feel like in your brain? Does it hurt?

Headache and neck pain occur in maybe one out of every five people. The muscles pick up some of that induced current, and they contract. Some patients afterward complain literally of a muscle ache. It goes away with ibuprofen.

Also, as the electric current passes through the coil there is a mechanical displacement, so you feel a tapping sensation. Some people say it’s like a woodpecker tapping against their head. Again, not the most comfortable thing in the world.

Have you ever tried TMS on yourself?

Why did you do it?

When we started repetitive TMS, nobody had done it before in humans. Because it was experimental, we had to get ethics committee approval. The question became, “if I’m going to do this in normal, healthy subjects, do I feel that it’s appropriate?” If so, I should be willing to do it on myself. It’s a very simple litmus test of how convinced you are that what you’re proposing is really appropriate.

How would you describe the experience?

I don’t find it uncomfortable. But it’s a very odd sensation when you apply stimulation to the language area and all of a sudden you cannot speak.

Neuroplasticity is sort of a buzzword now, but you’ve found that in autistic subjects, more plasticity isn’t necessarily a good thing.

In autistic patients, we use a single pulse of TMS to induce a current in a specific area, and measure how the area responds and how the areas connected with it respond. Then we apply a short burst of stimulation. Afterward, we apply a single pulse again and measure whether the response is different and how long that difference lasts. The brain of an autistic subject is changed for 70 minutes, while in a normal brain the change lasts 30 minutes.

In the autistic subject, the mechanisms of plasticity are excessively good. They are actually, paradoxically, too good. And that may lead to the establishment of connections that you really don’t want. In the end you have so many of them that the brain becomes noisy.

What do you think you’ll be able to do with TMS in the future?

In 20 years I think we’ll know precisely where we need to go in each individual and have truly personalized interventions. So we won’t be talking about “depression” but looking at Alvaro Pascual and saying, “What is the form of stimulation for the many problems that this individual might have?”

Could people use TMS to enhance brain function, as a kind of mental steroid?

The danger is there. I say “danger” because we need to learn a lot more about the potential cost of driving brain connections in a certain way. It requires a careful, thoughtful approach, and I believe it’s important to do that. I don’t think we need to accept the human condition as is. We just need to be cautious about modifying it in ways that we could come to regret

[This article originally appeared in print as "This Is Your Brain on Magnets."]