Connections in the Brain, Like Fingerprints, Can Identify Individuals 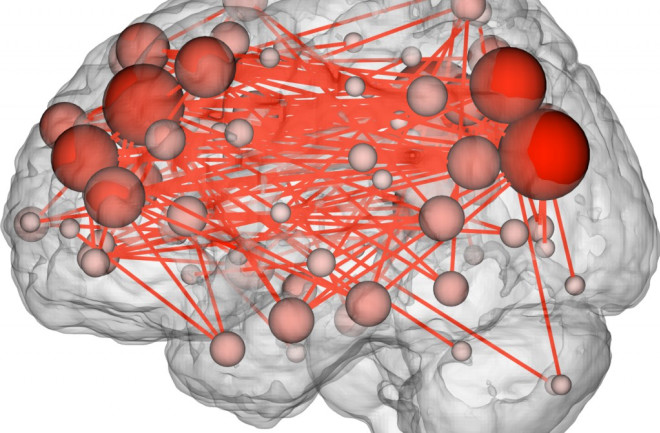 This image shows the functional connections in the brain that tend to be most discriminating of individuals. (Credit: Emily Finn) Each person is unique. You can identify people by their DNA, fingerprints, personal preferences and behavior. But new research out of Yale University has shown we have another unique identifier: How our brains work. “We all have this intuition that people are unique. We all have our own strengths and weaknesses, our quirks and personalities, what we’re good at and how we handle things,” says study co-first author Emily Finn, a pHD student in neuroscience at Yale. “It’s very easy to observe that from the outside … but it’s been pretty hard to find correlates in brain activities.” And yet, it is the brain that makes all those differences possible. Knowing this, Finn and co-first author Xilin Shen, an associate research scientist at Yale, used functional magnetic resonance imaging (fMRI) scans to see if our brains each have a unique “fingerprint” that could distinguish one person from another.

To get a glimpse at the way specific parts of the brain function in real time, scientists use fMRIs to repeatedly scan a person’s brain while they complete a specific task. The noninvasive technique measures the amount of blood flowing to certain parts of the brain — more blood indicates more activity. Most fMRI studies average brain function over a study population, which has let scientists learn what parts of the brain work under certain circumstances. The convention among scientists, Finn said, was that it is hard to get meaningful information out of a single person’s fMRI scan. Finn and Shen wanted to challenge conventional thinking. They scanned the brains of 126 participants in the Human Connectome Project while they performed several different tasks. They mapped the connections in the prefrontal cortex and parietal lobes — recently evolved parts of the brain involved in complex functions like attention and language — to develop connectivity profiles of each person. They found that each person’s bran activity profile was indeed unique. “The same brain doing two different things always looks more similar than two different brains doing the same thing,” says Finn. “It’s something that maybe seems intuitive outside the field but it’s something no one had been able to show.” Their study was published Monday in Nature Neuroscience.

Beyond proving each person’s connection profile was unique and distinguishable from another person’s, Finn and Shen also looked to see if it was possible to use profile data to accurately predict someone’s performance on a test. To measure performance, they first developed a predictive model; they then — 126 times — removed one subject’s profile and put the remaining 125 through their model to see if it could accurately predict the person’s performance on a test that measured reasoning and the ability to see patterns. Because they had the subjects’ actual test results, they could see how well the model stacked up, and found it was able to predict performance in a statistically significant way. “It was more accurate than chance,” says Finn. “It certainly wasn’t perfect.”

A Bigger Role for fMRI

Finn says the predictive portion of the study was “more a proof of principle” that brain profiles could be linked to cognitive behavior. “If we can predict that,” says Finn, “maybe we can predict something we can’t just give a test for, like the risk for mental illness or who would respond best to some kind of drug.” That’s what led her and others on the team to do this work, she said. “You as a scientist like to think the things you’re discovering about the brain will help people someday,” says Finn. She wanted to see if there was a way to make fMRI scans useful from a clinical standpoint, where doctors could someday tell from the scan whether a person might be at higher risk for developing a mental illness, and to then implement a support plan that could improve their outcome. Currently, fMRI scans are really only used in research settings, Finn said, because it is harder to get usable information out of the scans. Instead, structural MRIs, which take static photos of the brain, are used regularly to diagnose problems in the brain, like tumors or strokes. “I think doing this type of work and pushing the boundaries of what we can get out of one person’s scan is the first step down the road to make this brain scanning technology have real-world applicability,” says Finn.