The case of a woman who began compulsively writing poems after being treated for epilepsy offers a rare glimpse into the 'inner' dimension of a neurological disorder. Here's

from British neurologists Woollacott and colleagues. The story in a nutshell: the patient, age 76, had been suffering from memory lapses and episodic disturbances of consciousness. An electroencephalography (EEG) test "revealed left anterior temporal sharp and slow waves", and the patient was diagnosed with Transient Epileptic Amnesia (TEA). 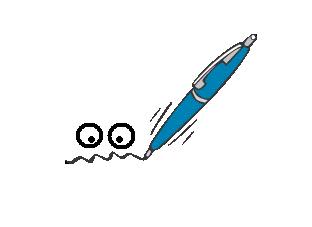 She was prescribed the anti-epileptic drug lamotrigine (25 mg daily), which completely stopped the memory-loss and episodes of unconsciousness. However, this wasn't the end of the matter:

Several months after starting lamotrigine, the patient suddenly began to write original verse. Whereas poetry had never previously been among her pastimes, she now produced copious short poems (around 10–15 each day). These poems often had a wistful or pessimistic nature, but did not have a moral or religious focus. Her husband characterized them as "doggerel" because they were generally rhyming and often featured puns and other wordplay... she became irritated if attempts were made to disengage her. However, she appeared to derive pleasure from the activity and there was no evidence of distress.

Woollacott et al present two of the woman's many poems. Here's one:

To tidy out cupboards is morally wrong I sing you this song, I tell you I’m right. Each time that I’ve done it, thrown all out of sight, I’ve regretted it. Think of the treasures now lost to the world Measureless gold, riches unfurled, Diamonds, sapphires, rubies, emeralds – you must have had them, All tucked well away. So To tidy out cupboards, throw rubbish from sight (Even the poems you write up at night) Is morally wrong. So I’m keeping this one.

For the other poem, check out the Mind Hacks post about this paper. Woollacott et al note that hypergraphia or compulsive writing is a known symptom of epilepsy, especially temporal lobe epilepsy. However, hypergraphic writing often takes the form of incoherent 'rambling'. This patient, by contrast, produced well-formed poems. In fact, it seems to me that the poems themselves contain an explanation for why the patient wrote so many poems. In "To Tidy Out Cupboards", there are two layers of meaning. The poem is about housework, but it is also about memory. The poet justifies her writing by analogy to (not) throwing out rubbish from a cupboard: you might accidentally throw out (forget) something valuable, and regret it. Likewise, she seems to be saying, if she doesn't write down every single poem, she might regret it later. Could it be that this (seemingly) obsessive fear of forgetfulness is rooted in the patient's awareness of the memory impairments that were the first symptom of her disorder? Or is this reading too much into them? Either way, this patient's poems offer a fascinating look at what a neuropsychological syndrome feels like.