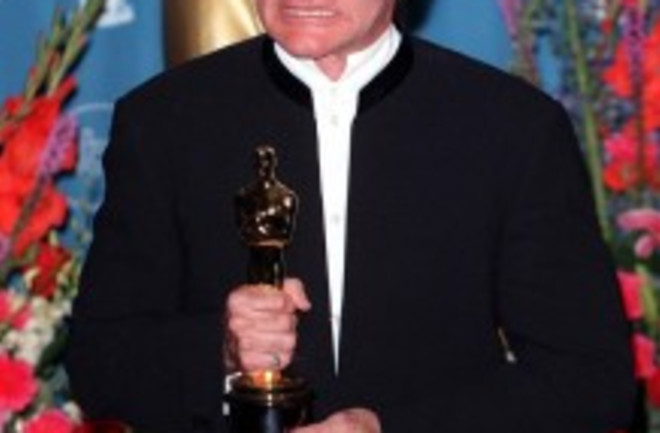 I'm not anti-social; I'm hilarious! Image credit:Featureflash / Shutterstock Creative types tend to be a little crazy, right? Psychologists have now found that comedians actually demonstrate a lot of the same characteristics as people with bipolar disorder or schizophrenia. As one of the researchers on the study, Gordon Claridge, told the Guardian,

"The creative elements needed to produce humour are strikingly similar to those characterizing the cognitive style of people with psychosis – both schizophrenia and bipolar disorder."

Study participants included more than 500 comedians, 350 actors (a career considered creative but not necessarily funny), and 800 non-creative types, as a control. They came from the U.K., Australia, and the U.S. Each participant filled out a survey [doc] asking about various feelings and experiences he or she had had. The questions were designed to identify psychotic traits in people who don't have mental illness: traits such as anti-social behavior, belief in telepathy, and difficulty in organizing one's thoughts.

The comedians, the researchers found, showed much higher incidences of psychotic tendencies than the controls, and slightly higher than the actors. These tendencies included introverted anhedonia---an inability to feel pleasure, be it social, sexual or the joy of finishing a 1,000-piece puzzle---and extraverted impulsiveness---whereby people sometimes lack control of their moods in social situations. Take Spike Milligan, for example. The British comedian starred in The Goon Show as well as movies like The Life of Brian. Milligan was known to have dealt with manic depression his whole life, and the authors describe how he used this to his advantage on stage:

"[Milligan] used the freely associating thought processes of his manic states to generate the zany humour and the wildly ridiculous ideas that were the hallmark of his depression."

The results of the study, published in the British Journal of Psychiatry, do not suggest that comedians have mental health issues, though. As described by Reuters,

Although the traits in question are known as "psychotic," Claridge said, they can also represent healthy equivalents of features such as moodiness, social introversion and the tendency to lateral thinking. "Equally, manic thinking---which is common in people with bipolar disorder---may help people combine ideas to form new, original and humorous connections."