We all know that one person who always runs late. Maybe you are that person. While it’s easy to write off these individuals for their disregard for other’s time, science shows there's more at play. 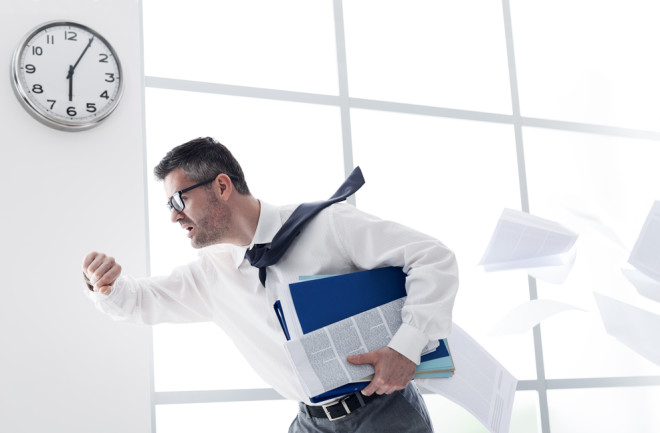 People who are habitually late are usually aware of just how bad their tardiness habit is. So why don't these individuals try to rectify their behavior?

Often, that's easier said than done. Whether it's irrational views about time or years of ingrained behaviors, there are many psychological reasons why some people are chronically late. And, while there may not be an instant fix for this behavior, there is a way to manage it.

It’s Not About You

Showing up early to a meeting, date, or even a doctor’s appointment only to learn that the other party is running late can be frustrating. While it’s normal to feel disrespected or annoyed, especially if this is a repeated occurrence, science shows that it often has nothing to do with you.

Linda Sapadin, a psychologist and coach specializing in helping people overcome self-defeating behavior patterns, points to procrastination as the main culprit for chronic lateness. She explains that humans have probably struggled with procrastination since the beginning of time because our brain's decision-making process is in a constant tug-of-war between easy pleasures and necessary tasks. Often, we give into what feels better — which is usually what delivers that kick of dopamine that accompanies procrastination. "It's never been easy to control our impulses and urges, especially when the 'correct' choice goes against our grain," she says.

Some people equate procrastination with laziness, but Sapadin denies this to be true. She explains that the crux of procrastination is that it's an unresolved “approach-avoidance” conflict. This age-old conflict is the dilemma of “to do or not to do.” In other words, part of you knows you need to approach a task or be on time, but another part of you avoids doing it. Throw in ever-present distractions and the choice to be on time becomes even harder. Just as you are ready to walk out the door, you may get distracted by something more alluring.

This choice has become even tougher in the digital age, as appealing and addictive distractions are everywhere — an instant message from a family member, likes on the photo that you just posted on Instagram, or a work email. Our mind is prone to gravitating away from tasks that don't hold our attention. Likewise, our focus on being on time can go downhill.

What’s Culture Got to Do With It?

Is lateness ever reasonable or excusable? Often this is a question of norms. A 2019 study on the cultural attitudes regarding lateness for meetings and appointments found that tolerance for lateness differs around the world. The researchers gauged how South African, Dutch, and Pakistani participants felt about people who are late to business meetings. The researchers noted that the Pakistani group belonged to an event-time culture, in which social events shape the beginning, duration, and ending of activities. The Dutch and South African participants, however, belonged to what's known as a clock-time culture. A person who belongs to an event-time culture might say that work begins after breakfast. But clock-time cultures, which rely on external timekeeping to schedule activities, might say that breakfast starts at 6:30 a.m., and that work starts at 9:00 a.m.

And there might be some truth to the adage that time is money, at least in America. Business Insider explains that the American concept of time is linear and monochronic. In other words, Americans value a certain orderliness and do not like interruptions. In contrast, polychronic cultures like to do multiple things at the same time. This often means longer task completion times and delays in one's schedule. A 2009 study on the meaning of time across the world explained that Latin American, African, Native American, and Arab cultures tend to be polychronic cultures, and meetings could go on for as long as somebody has something to say. Thus, polychronic cultures can be more forgiving and relaxed when it comes to lateness than their monochronic counterparts.

A Predisposition to Lateness and How to Cope

Just as early birds are always early to everything because they are paranoid about being tardy, there are anti-early birds who are uneasy about being early. According to Psychology Today, anti-early birds often feel awkward and uncomfortable waiting. They might even feel as if others are watching and judging them for arriving a few minutes early. These individuals, therefore, have a predisposition to lateness because of a worrying nature or personality that makes them rethink their decisions.

Sapadin further breaks this down into six different personality types that are predisposed to lateness — each prone to an inner monologue that can shed light on why they run late. She also offers some strategies that can help them be on time.

The Perfectionist: “BUT it’s not perfect!”

The Cure: Allow yourself to rest and relax if you arrive early.

Perfectionists always have many things to attend to. They can get into the problem of running late if they try to fit in 'one more thing' to finish up before they leave. That one more thing is what makes them late. To break this pattern, plan something productive or pleasurable to do if you are early, such as taking a walk, listening to music, and responding to your emails.

The Dreamer: “BUT I hate dealing with those annoying details!”

The Cure: Improve your skills at estimating how long it will take for you to do a task.

Some of us are just really bad at planning how long tasks will take. From making a phone call to checking your email, to getting yourself dressed and groomed, it can be easy to underestimate the amount of time these mundane chores take. To combat this, it’s a good idea to estimate how long you think each activity will take, then write down how long it did actually take you so that you have a reference for the future.

The Worrier: “BUT I’m afraid to make a change!”

The Cure: Reduce the use of qualifiers in your speech.

Since the worrier is never sure of themselves, they often use qualifiers, words like maybe, or try to that allow them to dodge firm commitments. This can easily be fixed by speaking more affirmatively and adding a definite timeline such as: “I will leave the house by 5 p.m. to get there by 6 p.m.”

The Crisis-Maker:  “BUT I can’t get motivated till the last minute!”

The Cure: Get out the door before you create a crisis.

These are your classic procrastinators. They need an adrenaline rush to tell them "this is serious, get going!" If you find yourself always leaving at the absolute last minute, try creating an artificial deadline. Tell yourself you need to be out the door at 8:30 a.m. instead of 9 a.m., thus creating a false adrenaline rush.

The Defier: “BUT why should I do it?”

The Cure: View what others want as a request, not a demand.

To a defier, it may seem like a demand to be on time. However, viewing this as a request that will allow you to be more efficient as a part of a team rather than a strict demand can help one retrain their thoughts about meetings and appointments.

The Pleaser: “BUT I have so much to do!”

The Cure: Become comfortable saying “no.”

There’s always something that can derail you from being on time. For pleasers, it’s often a request or demand from someone else. In order to better manage time and avoid lateness, pleasers must learn to say “no." This is especially important when they are in a time crunch or rush.