The brains of bad singers may be to blame for their inability to hit the right pitch. 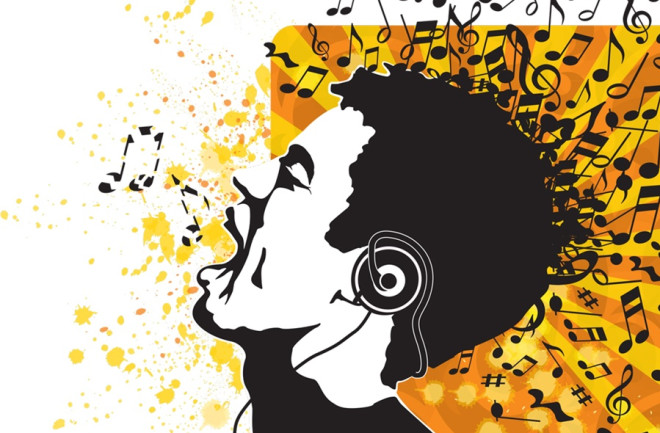 It took many years of musical training for me to realize just how bad my singing voice is. I’m a respectable musician when I play a guitar, mandolin or other stringed instrument. But when I open my mouth, a cacophony comes out.

I have tried to get better — pity the vocal teachers who worked to help me. But my voice remains defiantly bad, and I wonder: What is to blame for this selective musical sabotage? Is it my brain, my ear or my vocal cords?

In search of answers, I approach the experts at BRAMS (International Laboratory for Brain, Music and Sound Research), the Montreal-based research institute devoted to musical cognition and the complex neurobiology involved in musical aptitude. I present my problem to Sean Hutchins, who spent four years at BRAMS studying the neuroscience of music. (He is now at the Royal Conservatory of Music in Toronto.) He says he thinks he can help me. He also tells me that the majority of self-diagnosed bad singers aren’t quite as inept as they think. I like him already.

Hutchins says that even though nearly all of us are equipped with the biological hardware to produce a wide range of notes, bad singing is rampant. “Singing is a complex expression,” he explains. “The majority of people, around 60 percent, have a difficult time” with it.

Over the years, many neurobiologists have investigated musical ability, exploring how and why we create music, the relationships between song and language, and other mysteries of musical cognition. Hutchins, who has a lovely singing voice himself, is an expert in musical aptitude. His work centers on the puzzle of why musical talent, particularly singing, differs so widely among us. Much to my delight, he tells me that his research explores why some people with musical aptitude struggle to carry a tune. It turns out that even though I have a terrible voice, there are some fascinating things going on in my brain — and in the brains of all poor singers like me.

We all know bad singing when we hear it. I recall a minor league baseball game where an earnest but dreadful version of the national anthem frightened the bald eagle that was supposed to glide majestically out to the pitcher’s mound; he retreated high into the outfield bleachers until the song was over.

But bad singing also has a scientific definition. It involves a deficiency in three areas: pitch accuracy, the ability to keep time and note memory (remembering the words and how long a note is sustained).

The research shows that most people, regardless of musical training, are quite good at two of the three elements: timing and note memory. That’s why you can still recognize the song I’m trying to sing, even though you might regret hearing it.

Instead, the usual cause of bad singing is a problem with pitch accuracy, also called intonation. Pitch is measured in cents (100 cents = 1 semitone = ¹∕12 octave), and pitch errors can be defined as the number of cents a sung note differs from the intended note. Being off by more than a half semitone (50 cents) is considered poor singing.

Overall, Hutchins found that about 60 percent of non-musicians could be classified as bad singers because of pitch accuracy errors. Science has proven what anyone who watches American Idol already knows: Most people really cannot carry a tune.

In 2008, Hutchins began exploring why so many of us struggle with pitch accuracy. He started by ruling out the simplest explanation: Bad singers just have bad vocal cords (more accurately, vocal “folds”). He quickly found that the muscles in their throats were not to blame, and they were all physically capable of hitting a note.

That narrowed it down to two suspects. Bad singing could be a matter of perception: Maybe people weren’t hearing the notes correctly to begin with. Or it could be a difficulty with motor control — bad singers couldn’t control their vocal cords enough to duplicate what they heard. Hutchins put both theories on trial.

He explored perception first. Hutchins tested non-musicians and musicians with at least seven years of experience, requiring them to reproduce synthesized vocal tones that he made with a computer. First, they matched the note using a slider, a simple device in which a sliding button changes the pitch of a sound, like sliding a finger up and down a guitar string. Both groups eventually were able to make the match, suggesting perception was not the problem. “People were hearing the right notes,” explains Hutchins. “While the trained musicians were quicker, all of the participants could accurately match the notes.” But when they were asked to use their own voices to match the note, non-musicians were successful just 59 percent of the time.

What accounted for the difference? Hutchins suspected that error correction — the brain’s ability to compare its output against a target and adjust its activity in response — was at the root of the problem. Even when he played the same note more than 20 times, the non-musicians who got it wrong the first time could not reproduce the pitch. Tellingly, they often sang the same erroneous note over and over, as if they were locked in. He even allowed them to use a computer for help, with a program that depicted the pitch of their voice as a bar on a screen. They still couldn’t get it right.

The fact that untrained people can’t find a note even with help, and even after many tries, suggests that the brain is insistent on producing the error, even when the ear knows better. They know they’re off-key, but they can’t find their way to the right notes. Hutchins’ conclusion: Our brains have the ability to signal the voice to produce the correct note, but have mapped out the wrong output to match a perceived note. “Our brains are quite good at perception, which is why so many of us enjoy listening to music without being great musicians,” he says. But those same brains give our vocal cords faulty instructions.

The term for this error is imitative deficit. The brains of bad singers associate a note we hear with the wrong muscle movement in the voice. The wires are crossed. In my case, when I hear an E and call upon my brain to reproduce it, my brain commands my voice to produce a G sharp. It’s as if someone switched around all the keys on my computer keyboard and punching the letter B produces the letter F. My ear knows better, which is why I cringe when I hear myself, but I cannot easily reprogram my brain.

Researchers studying brain trauma and damage have found that remapping the brain is possible, but for adults it can be a very laborious task, requiring practice every day for years. When I ask Hutchins if there is hope for us poor singers, he laughs. “I would say there’s plenty of hope. Practice, practice, practice. A good vocal teacher and patience will help.”

Ah, hard work: the answer nobody likes to hear. I think I’ll stick with rolling up the car windows and letting the radio drown out my voice — and leave crooning to the pros.

This article originally appeared in print as "Singing in the Brain."