How many people share your opinions and beliefs? Maybe not as many as you think. 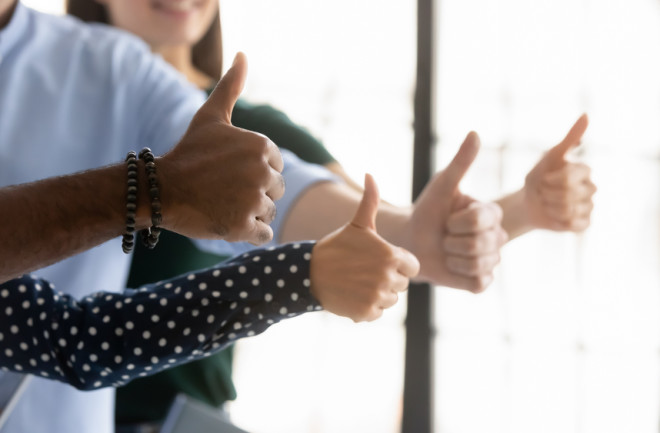 If you have ever been sure of an election result, only to be left feeling robbed, or watched in surprise as your significant other fell asleep during your favorite film, then you probably have experienced a case of the false consensus effect (FCE).

The FCE is a cognitive bias that causes people to think their values, beliefs, actions, knowledge, or personal preferences are more widespread throughout the general population, or in other individuals than they actually are. The phenomenon was first coined by psychologist Lee Ross and his colleagues back in the 70’s.

In one of the first comprehensive studies into the effect, Ross asked college students if they would be willing to take a 30-minute walk around campus with a sandwich board that said “Eat at Joe’s” — a fictitious restaurant (but the students didn’t know that). They were told that if they wore the board, they would learn something interesting afterward as an incentive. But they were also free to refuse the request. Once they made their decision, the students had to guess at the percentage of other people who they thought would make the same choice.

Roughly half of the students were willing to wear the board, with the other half refusing. Those who willfully wore the board thought that, on average, 62 percent of other people would do the same.  Those who refused thought only 33 percent of others would be willing to wear the board. In each group, students assumed that other people would make similar decisions to their own, at a far higher rate than what was actually the case.

The study also asked the students to make assumptions about the personality traits of the type of person who would make the opposite choice to themselves. Both groups were likely to label the other as “unacceptable” or “defective” in some way.

In the years preceding the research of Ross and his colleagues, a number of studies have investigated the FCE in a range of different contexts.

One well-known study tested the degree to which people thought others shared their knowledge. The researchers used data from a game show called Play The Percentages. Players could win thousands of dollars in cash prizes if they were able to guess the percentage of people in the studio audience that could answer certain trivia questions correctly. They found that contestants would consistently overestimate the number of people who could answer questions correctly when the contestant knew the answer themselves.

Researchers have also found that the effect is more pronounced when it comes to things that we believe to be true. If you are environmentally minded and consider global warming a fact, then you will probably overstate the percentage of people who you think share your beliefs. The effect is also more pronounced if your beliefs are part of a statistical minority. For example, if you are a flat earther, then you will likely overestimate the percentage of other flat earthers.

Experiencing positive emotions increases your estimates of consensus when compared to experiencing negative emotions. The effect is also amplified when we try to speculate about the beliefs and opinions of people in the future. Psychologists think this is because we don’t have access to information about people’s views in the future, we also assume we are correct, and that future others will have time to “discover the truth” and change their beliefs accordingly.

Sharing with the Group

So what do psychologists think are the causes of the FCE? One of the most mentioned reasons is selective exposure.

People generally spend the most time with their friends and family, and are likely to share beliefs and opinions about the world with those groups. This gives us a biased sample of the social sphere of opinion, and we are likely to make assumptions about the general population based on our interactions with others.

Wandi Bruine de Bruin, a professor of public policy, psychology and behavioral science at the University of Southern California, recently conducted a study investigating people’s assumptions about vaccination behaviors in the general population. She found that her subjects based their assumptions of how the general population behaved on how people within the subjects’ own social circles behaved.

Online environments amplify selective exposure, and therefore the FCE, because we share spaces with people who have similar views and engage with materials that confirm our pre-existing beliefs. Martin Coleman, psychologist and professor of practice at North Dakota State University, has authored a number of papers that have investigated the FCE. He explains:

“I think that online environments almost certainly magnify the FCE. One of the causes of the FCE is ‘selective exposure’ (only being around and listening to like-minded/ like-acting individuals). This ‘echo-chamber effect,’ where people only hear/ see their own views/actions repeated or reflected back to them, is rife on the internet. Gamblers' Forums, Marijuana Users' Forums, Hunters' Forums not to mention all the extreme political group forums almost certainly accentuate the FCE, and lead to other phenomena such as ‘group polarization,’ where the opinions of group members become more extreme as a result of group discussion.”

Selective exposure is similar to something called the availability heuristic, which is thought to also play a significant role in the FCE. When people are asked to recall characteristics about others, they are better at remembering similarities than differences. So, if we are asked about the traits of others we are likely to align them with our own.

Another element of explanations for the FCE is an individual’s causal focus. If an individual is more likely to think their beliefs and actions are determined by powerful situational forces that are external to themselves, then it makes sense to think that other individuals are subject to similar forces. If people are subject to similar external forces, then this should lead to a convergence of experience and beliefs, which should intensify the FCE.

A recent study contrasted the FCE between Koreans and Americans. The researchers found a noticeable cultural difference in the magnitude of the FCE, with Koreans showing a stronger FCE when it came to things like personal choices involving political expectations, and personal problems. Studies in psychology have found that Eastern cultures tend to accept the power of situational influence more than their Western counterparts. Westerns are more likely to display something called the fundamental attribution error, which is a tendency to underestimate how external factors may contribute to a certain phenomenon. Considering this, it isn’t too surprising to see that Eastern cultures extend the commonness of their choice to a greater degree than Westerners.

Is It Important for People to Be Aware of the FCE?

In some contexts the FCE can be harmless, like when you mistakenly let your friends order for you at a restaurant. But it can also be dangerous. As Coleman mentioned, environments such as social media can exacerbate this already-present cognitive bias, and when we take steps to surround ourselves with people who confirm what we think we already know, we inadvertently detach ourselves from the diversity of perspectives that exist within a healthy society.