In a post earlier this month, I discussed a new Journal of Neurosciencepaper on statistical power in neuroscience. That paper was a response to and reanalysis of a previous article, and in my post I noted my surprise that the new paper hadn't appeared in Nature Reviews: Neuroscience (NRN), where the original paper had been published. 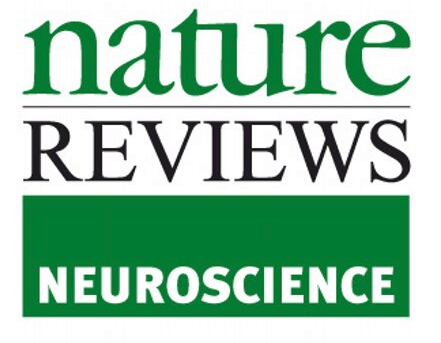 It turns out there's a bit of a backstory here. According to the senior author of the new paper, Jon Roiser, his group did want to submit to NRN, but they were informed that this wasn't possible, in part because the first author, Camilla Nord, was still a PhD student. Roiser later stated that PhD students aren't just barred from being first authors, but any authors, at NRN. When I heard about this policy, I was surprised. It doesn't seem to be widely publicized - in fact, I can't find any other references to it online. So I wrote to NRN to ask for a statement. A spokesperson for Nature Reviews replied, saying that:

The Nature Reviews Neuroscience authorship policy does not exclude authors that are PhD students.

The statement goes on to discuss the editorial policies of Nature Review journals, a document which makes no mention of a bar on PhD students. I note however that this doesn't exclude the possibility that some kind of 'no PhD students' rule existed at NRN in the past e.g. in 2015, which is when Nord et al. wrote to them inquiring about submission. I have seen evidence from a number of sources suggesting the previous existence of such a policy.

Was this a reasonable policy? I don't think so, although I can see why NRN might have found it attractive. You see, PhD students have a habit of writing review papers. This is because most students have to write a 'literature review' which serves as the introduction to their PhD thesis, and this material can easily be converted into a review paper. These reviews are generally not overly insightful. During my PhD, I wrote a review paper and had it rejected by three journals before eventually giving up on it. At the time I thought it was brilliant, but in retrospect I can see it was shallow and of interest to very few people. That's the benefit of experience. Few PhD students are capable of giving a mature and informative overview of a field. So perhaps NRN found themselves inundated by submissions from eager PhD students and decided to cut the problem off at its source? If so, it's understandable, but still unfair. It's the job of a journal to judge submissions on their merits. Also, if this was what happened, Nord et al.'s paper should have been a clear exception to the rule, as it wasn't a literature review but rather a meta-analysis.