Can Performance Anxiety Ruin Your Game?

How professional athletes thrive (and break) under pressure. 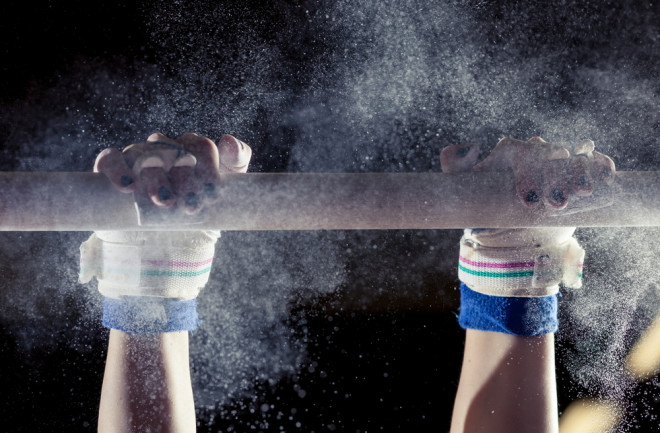 The 2021 Tokyo Olympics have served as a reminder that mental health should always come first. High-profile athletes like Simone Biles recently came forward to discuss the immense emotional pressures that many participants face.

Biles and others athletes commonly experience performance anxiety, which can stem from extreme pressure to achieve in certain settings. Plenty inflict it on themselves by attaching their self-worth or identity to sports.

Sean Melton, a former gymnast for the Ohio State Buckeyes, knows the feeling all too well. Melton has performed competitively since the age of six. Still, pre-competition anxiety has followed him throughout his career. "It really takes over you mentally and sometimes physically," says Melton. "You feel mentally drained, which then can make you feel physically drained, because of the nonstop thoughts that go through your mind when a competition is getting closer and closer."

Research shows that players also experience serious scrutiny from teammates and fans. Performance anxiety is therefore driven by fear — the fear of underperforming, failing and letting yourself and others down.

Anxiety can manifest itself in different ways for different people. A 2017 paper found that, unsurprisingly, skill evaluations often trigger anxiety for athletes. This often manifests with physical symptoms such as sweating, fidgeting and an increased heart rate or pulse. Cognitive symptoms include racing thoughts, irritability and inattention can also occur. According to Helen Spielman, a performance anxiety coach who has worked with athletes and artists, symptoms left untreated can impair performance or hinder the person’s ability to perform at all.

Some anxiety is expected, especially when competitions are high-stakes. But how much anxiety is too much?

According to the Harvard Business Review, an individual's stress response depends heavily on genetics. Stress affects the homeostasis in the body, which can cause a chemical imbalance and induce anxiety. However, how we react and adapt to this stress distinguishes whether or not we give into performance anxiety.

That's where neuropeptide Y (NPY) comes in. Essentially, this neurotransmitter determines how a person manages stress. While we can attempt to control our anxiety over time, NPY is typically fixed from birth, allowing some people to better withstand stressful situations than others.

Sometimes, it can be hard to tell how performance anxiety will affect your performance. Some athletes seem to thrive under anxiety while others choke. A recent study exploring guilt, shame and competitive anxiety in football players found that our personality can also play a major role in performance anxiety.

The researchers divided 112 male football players between the ages of 16 to 24 into two groups (type D and non-type D) based on the Denollet Scale (DS14), a self-questionnaire that assesses a person's social inhibitions and self-worth. The type D personality typically experiences higher degrees of emotional stress.

Players were also assessed on anxiety levels. These surveys revealed that the type D personality group were particularly afraid of failure in sports and experienced physical manifestations of anxiety, especially in their stomach and muscles. This group also had greater trouble concentrating.

Another scale aimed to calculate the extent to which the football players considered their behavior to be negative or unacceptable, and how likely they were to amend their mistakes. In a sports setting, this would involve attempts to overcome errors or intense feelings of remorse after games. Once again, the type D personality football players scored higher than the non-type D.

Fortunately, it's also possible to channel anxiety into positive outcomes. According to Melton, high anxiety has fueled some of his best performances because he turned it into useful energy.

Athletes can ease performance anxiety in a few ways. Research has shown that ramping up self-confidence can lead to better performance and calm an athlete's nerves. A simple way to do so is by practicing positive self-talk. Self-talk typically involves positive affirmations that are repeated to oneself mentally or verbally. Simply uttering a phrase such as "I can do this" can really make you feel better. By attempting to talk over the negative voices in our heads, we can channel positive energy.

Other proven practices include focusing on the current challenge rather than future results. Accepting one's limitations and squashing self-doubt can also help athletes conquer nervousness. Spielman advises that these practices can guide many people with severe performance anxiety — not just Olympians — to develop confidence and even joy when performing in high-pressure situations.

The audience, too, can help relieve athletes of pressure. For Melton, crowd support through both the ups and downs has made a major difference. "I believe the public can do a better job at understanding that the sport we compete in isn’t the only thing going on in our lives," he says. All of us can help athletes in distress by showing our support even when things aren't going so well. Although sports have long forced participants to push through the pain, sometimes the mark of a true winner is accepting your limits and encouraging others to do the same.