"Can I Have My Amygdala Removed?"

It's a real question that some are asking. 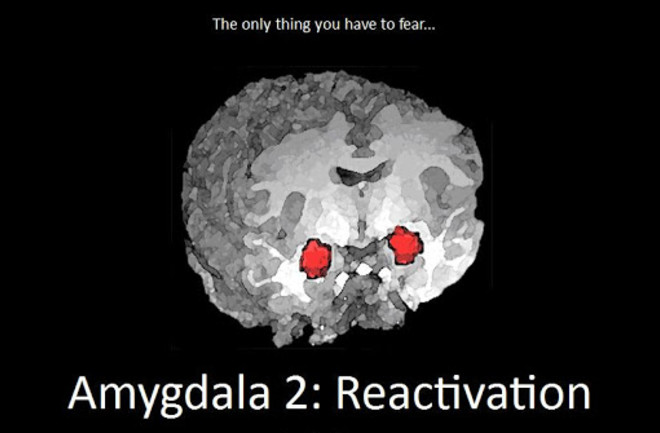 Brain surgery is not usually something that people actively seek out. However, there may be an exception: the idea of the removal of the amygdala seems to hold a fascination for many people.

Questions about the desirability of an amygdala-free life can be found in many places online. On Quora, there have been many queries about what amygdala removal would entail, and at least one brave user outright asked Can I have my amygdala removed? I came across the question on two other sites within the past week.

So what’s going on? Those curious about amygdala removal seem to see it as the embodiment of fear, anxiety and stress. Would its removal really render you fearless? What would the side effects be?

Amygdala removal in humans is actually a fairly well-known procedure, but it isn’t used to reduce anxiety or fear. Amygdalectomy (also known as amygdalotomy) has historically had two main indications: to treat certain types of epilepsy, and to control of aggression, mostly in patients with mental illness and intellectual disability.

Doctors in Japan pioneered amygdalectomy for aggressive behavior in the early 1960s, using injections of oil and wax. Over the next two decades, perhaps 500 patients had variants of this procedure worldwide in a handful of centres including Indiana, USA and Madras, India.

While amygdala removal for psychiatric reasons is largely a thing of the past now, it isn’t quite extinct even today. In 2017, in China, doctors reported the amygdalectomy of a teenage girl with “mental retardation with psychiatric symptoms and aggression.”

So the answer to the Quora question is: yes, in theory, you could have your amygdala removed, although finding a surgeon willing to do it might be tricky.

But what would amygdalectomy do? In the patients who received the procedure for aggression, studies reported beneficial effects in most cases with relatively few side-effects (although a death rate of 3.8% occured in one study), but these data are hard to interpret because these patients had severe symptoms to begin with, and most of them received only cursory follow-up.

Fortunately, there do exist cases of ‘natural amygdalectomy’ in otherwise healthy people. The most famous such patient is called SM, who suffers from a rare genetic disorder called Urbach-Wiethe disease, causing her to suffer selective degeneration of the amygdala bilaterally.

Patient SM has been referred to as the “woman without fear”, as she displays no fearof snakes and spiders, or threatening situations, and is reported to be able to discuss traumatic events in her life with no distress whatsoever.

SM might therefore seem like an advertisement for the amygdala-less lifestyle. However, a more recent study revealed that SM (and two other patients with similar lesions) did experience fear and even panic in response to inhaling CO2, just like most people do. In fact, the amygdala-less patients seemed to experience more extreme panic than healthy controls did. This suggests that the capacity for fear was preserved in response to at least some stimuli.

What’s more, SM has been reported to have some difficulties in social interaction, including an impaired ability to take the perspective of others, and possible difficulties making eye-contact.

So, while ridding oneself of the curse of the amygdala might be technically possible, it’s not clear that it would be a good thing. Ultimately, evolution gave us the amygdala for a reason, and a life without fear might be a shortened one. I suspect what amygdalectomy-seekers are really looking for is a life without excessive fears that they feel are holding them back.