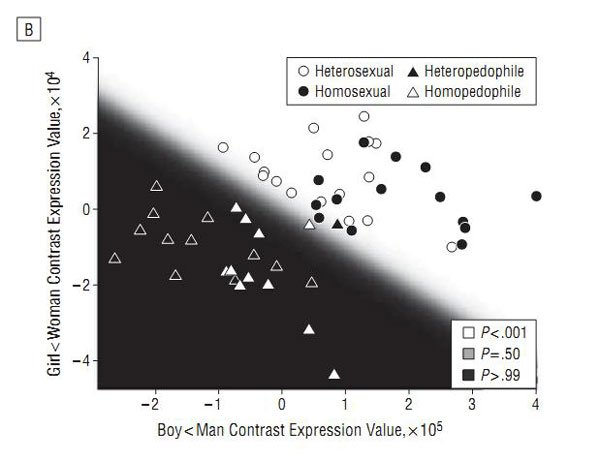 What's the News: A new study suggests that watching brain activity when subjects are shown images of naked children can identify which are pedophiles. But what does this really mean in practical terms? How the Heck:

The Future Holds: Realistically, we can't judge people on their biological red flags---whether it's brain scans or genetics---without entering a Minority Report-style future. That's because being attracted to children isn't a crime. Acting on it is. Generally, a brain scan is not required to find out whether the crime has happened---there are other, more reliable forms of evidence, like porn downloads. Given that, it's unlikely that you'll be seeing regular scanning for pedophilic tendencies anytime soon. And for that, we should be grateful. Reference: Ponseti, J., Granert, O., Jansen, O., Wolff, S., Beier, K., Neutze, J., Deuschl, G., Mehdorn, H., Siebner, H., & Bosinski, H. (2011). Assessment of Pedophilia Using Hemodynamic Brain Response to Sexual Stimuli. Archives of General Psychiatry DOI: 10.1001/archgenpsychiatry.2011.130