By God's Bones: Bad Words in the Middle Ages Were Nothing Like Today’s

By today’s standards, people in the Middle Ages had potty mouths. But researchers say the act of swearing has actually changed a lot over the years. 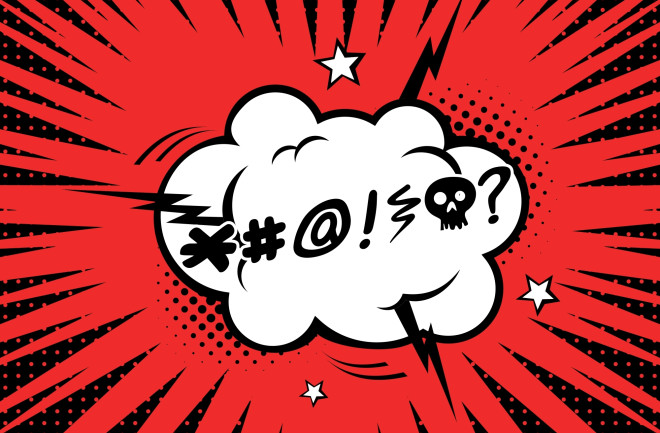 If you opened a school textbook from the 15th century, you might be surprised to see how some familiar actions and parts of the anatomy are described. Though words like fart and s--- would be considered too crass, or even silly, to educate children with today, in those days they were simply an acceptable part of language.

And if you time traveled back to medieval London, you might stumble across some curious street names, too. Naming an alley after how many people urinate there — in this case, the unfortunately on-the-nose "Piss Alley" — might just seem plain vulgar to folks today.

Are we more sensitive than our medieval counterparts; or were they just less refined? Well, it might not be so simple. Linguists and historians say the meanings behind these words, and the ways we respond to them, have changed a lot over the centuries.

Swear words might be used today as an intensifier in language, or to express emotions like anger or even joy. But in the Middle Ages they were used simply to label body parts and actions — albeit not always in the most polite manner. The C-word — introduced to English from Germanic in the 12th century — is a striking example. Arguably the foulest and most offensive of all insults today, it was once merely the term used to describe the vagina. It can be found in Geoffrey Chaucer’s Canterbury Tales, across England’s towns and cities in the Middle Ages, and in medical treatises describing anatomy.

“This was not an obscene word, it was just a direct word,” says Melissa Mohr, author of Holy Sh*t: A Brief History of Swearing. “These words were kind of everywhere.”

The real offense was caused by religious oaths, the first uncontested acts of swearing in history. “By God's bones, or by the blood of Christ, these were the really bad words,” Mohr says. Religious profanities have since fallen out of favor, though. The taboo has waned over the centuries due to the reformation and the gradual decline in importance of traditional religion.

More importantly, society’s newfound privacy — and desire to cut itself off from elements that were deemed uncouth and unsanitary — has given profanities more power over the years. “Even if you were an aristocrat, by around the 1300s you would have had separate chambers,” Mohr says, “but people would have been in there with you sharing beds all the time. There wasn't this idea that, oh my gosh, this has to be a thing we keep secret.” As people's houses got bigger and they had more room to themselves, the idea of what is permissible in public — and what is not — became better defined. Accordingly, these once-banal terms became swear words and gained more meaning and power over time.

By the height of the Victorian era, the desire to steer away from anything deemed too sexual or vivid was so strong that the word trouser would have been avoided, or the then-inappropriate leg ditched in favor of the more refined limb. Today, as issues like race have gained more prominence, the highest taboos are afforded to politically incorrect language or racial slurs now unthinkable despite being commonplace just decades ago, Mohr says.

While language is constantly shifting, the effects of swearing have stayed somewhat consistent. Swearing's origins come from the natural tendency in all mammals to vocalize strong emotions, like when a dog yelps from experiencing pain.

“But we have much more cultural learning than other other mammals do,” says Benjamin Bergen, who studies swearing at the University of California, San Diego. “So we funnel those vocalization responses through the languages that we learn when we're children.”

The cultural development of humans means swear words have become a powerful social tool. Most assume profanity is used primarily to express aggression. But it’s actually used to strengthen social bonds. Some reasons why people swear include being funny, getting attention, creating informality and demonstrating personality characteristics — like our willingness to flout social norms or conform with another person.

Monitoring brain activity when people curse or hear profane language shows why it is so effective. “When people swear, the language systems light up like normal in the cerebral cortex in the left hemisphere,” Bergen says. This means the Broca area, which produces sound, and the Wernicke area, which processes and recognizes spoken words, are used. “But profanity is a little bit different from the rest of language because it activates parts of the brain that are sensitive to detecting strong emotions and selecting actions on the basis of those strong emotions,” Bergen explains. “Those are evolutionarily older parts of the brain.”

When swearing activates these areas — the amygdala, the hypothalamus and the basal ganglia — it initiates a chain of events as part of the fight or flight response. Hormones are released that cause you to sweat, your heart rate and blood pressure increase, blood flows to your extremities and your pupils dilate in order to better collect visual information from directly in front of you. “You are able to use your body a little bit better, so you're slightly stronger, you can exert more force,” Bergen says. “After you swear, or after you hear profanity, you are able to tolerate pain better.” So the next time you stub your toe and shout the F-word at the top of your lungs, it's not just an effort to be crude or offend your more conservative friends —  you may just be using one of your body’s natural painkillers.