Psychologists and neuroscientists don't fully understand how we form a sense of self. They're looking to neurons in the brain for answers. 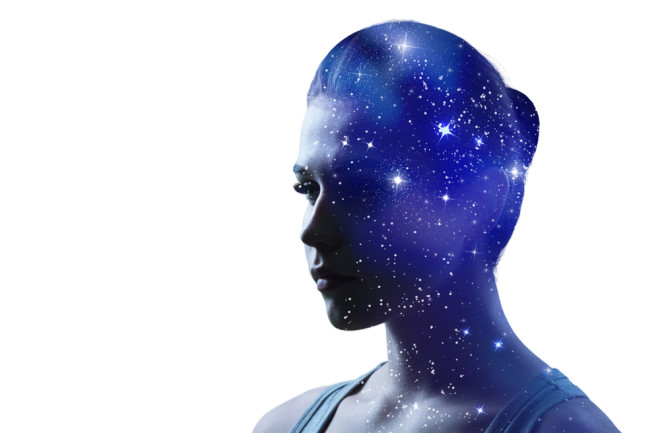 Occasionally, when I’m emerging from the depths of a long sleep, it takes me a few seconds to orient myself. With the first beams of light that hit my retina, and the sound of my cat begging for breakfast, comes the realization that this is my room, and that I am me. Like a jolt of lighting, I’m thrust back into the skin of a drummer, science enthusiast and curry consumer.

My identity is a set of stable mental representations of myself that have spanned a large part of my adulthood, and life. This is different than my subjective self-consciousness, or the momentary tending to my thoughts, feelings and environment. Rather, my identity encapsulates my personality, the roles I play in my family, community and culture, and the persistent sense that there is a me that exists across time.

Buddhist’s call the concept of self Ātman, which is part of the default experience of being human. That belief system also considers it to be a delusion. Even it is, it is a stubbornly resolute one. For most of us, it certainly feels like our sense of self is real.

Modern psychology and neuroscience operate under the assumption that mechanisms within the brain are responsible for our conscious experiences of the world, whether delusional or not. So, if the tendency for human beings to construct an identity is a product of the architecture of our minds, then what is going on in the brain when people think about themselves, or when they have trouble thinking about themselves?

Two professors at Hiroshima University, Kazumi Sugimura and Takashi Nakao, along with a team of researchers, have been listening to the chatter of neurons in people’s brains as they rest to see if there is any relationship between this activity and their subjective sense of identity.

The researchers used a technique called electroencephalography (EEG), where electrodes are placed on people’s scalps, to measure electrical activity in the brain.

This electrical activity is categorized into different amplitudes or frequencies that typically correspond with different behavioral states. These include beta waves (12–35 Hz) during active and externally-focused states, alpha waves (8–12 Hz) during relaxed and passive states, theta waves (4–8 Hz) for deeply-relaxed and inward focus, and delta waves (0.5–4 Hz) during sleep.

More specifically, the researchers were looking at the long-range temporal correlation (LRTC) of alpha waves at the frontocentral lobe — an area of the brain associated with our concept of self and decision making. “For the past 20 years, cognitive neuroscience has been dominated by the approach of examining brain regions that are activated in response to external stimuli that trigger specific cognitive processes,” says Nakao, who teaches psychology at Hiroshima University. “In other words, research has been conducted from the perspective of which part of the brain is responsible for a particular cognitive function.”

But that approach has begun to shift in recent years, he adds, with more interest in the temporal dynamics of the brain.

The research team noticed that if there was more random activity or so-called noise that interrupted the long memory of alpha waves at the frontocentral lobe, then participants in their study were more likely to experience identity confusion. That confusion was measured as the subjective feeling of being temporally changeable and fragmented, indecisive, and being unable to commit to important life decisions.

Constructing a subjective identity involves the integration of different aspects of consciousness, since our sense of a unified self relies on multiple cognitive functions like our ability to process external and internal stimuli and inputs from our social environment, and to perceive the passing of time.

Psychologists and neurosciences like Nakao believe that the temporal dynamics of brain activity, like the LRTC of alpha waves, hold some valuable insights. They might help facilitate the cognitive processes necessary to form an integrated sense of self.

“Although the details of the mechanism behind the relationship between LRTC and identity are unknown and will be explored in the future, we can assume that LRTC provides temporal stability in the processing of external inputs, which contributes to the integration of identity,” says Nakao.

Nakao believes there is still more work to be done in deciphering the neural basis of identity, but the investigation of the LRTC of brain waves has been a promising start.

“The correlation is not very strong, however the findings of this study indicate a relationship between LRTC and identity. The possibility of spurious correlation always remains because it is just a correlation,” says Nakao.