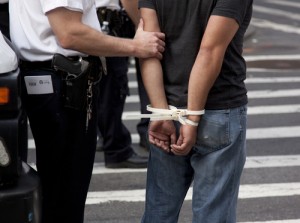 It's reminiscent of the film Minority Report, but it's true: A simple brain test performed on prisoners can predict their likelihood of committing another crime. Various psychological and biological factors are already used to judge, for instance, whether an arrested individual is granted bail or the nature of their sentence, if convicted. Age and sex are taken into account, as are behavioral qualities such as impulsivity and drug use. At the moment, however, these character traits are assessed by personality tests. Neuroscientists have long suspected that measuring the brain signal associated with these traits would increase the tests' reliability. To test this theory, researchers studied a group of 96 male prisoners in New Mexico just before their release. Using functional magnetic resonance imaging (fMRI), the team scanned the prisoners' brains while they completed a computer task measuring impulsivity: They had to quickly and accurately respond when the letter X flashed onscreen, but if it was a letter K, they had to restrain themselves from responding. Researchers were particularly interested in a region of the brain called the anterior cingulate cortex (ACC), which is known to be linked to behavioral regulation and self-control. Four years after these prisoners' release, the researchers checked their arrest records. Over half had been rearrested---and their earlier brain scans were telling. Men who had shown lower ACC activity were significantly more likely to be rearrested, and they were rearrested sooner. A man in the lower half in terms of ACC activity had a 60 percent likelihood of rearrest, while those with above-average ACC activity had only a 46 percent likelihood. And the men with low ACC activity were rearrested seven months earlier on average. These numbers held true even after the researchers accounted for other risk factors such as age, drug and alcohol abuse, and psychopathic traits, they report in the Proceedings of the National Academy of Sciences. The researchers caution that their study doesn't support predictions at the individual level, just group tendencies. And even if tests became robust enough to predict one person's behavior, there are serious ethical issues involved in tying biology to behavior. The most likely use of such tests, authors say, is to complement existing assessments in low-stakes decisions such as the best course of treatment for an offender, rather than decisions like sentencing. Image courtesy Glynnis Jones / Shutterstock