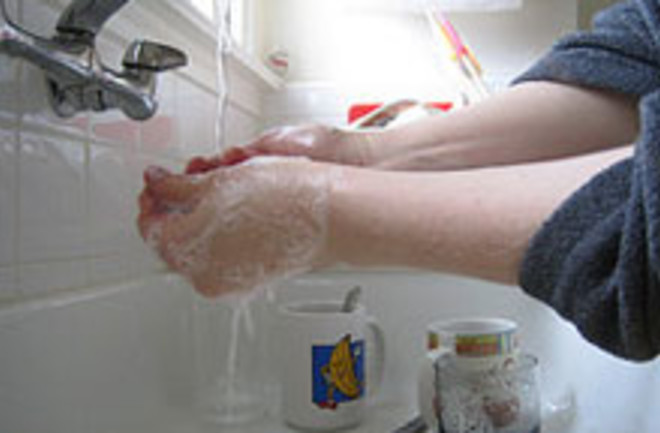 Both people with obsessive-compulsive disorder (OCD) and their unaffected family members show decreased activity in a brain region that's key to decision-making, and researchers say the finding could help them identify people who are at risk of developing the disorder. In a new study, volunteers performed a task that required mental flexibility, as the correct response changed over time. Researchers used a functional MRI to take brain scans during the experiment, and found that people with OCD and their relatives showed decreased activity in the orbitofrontal cortex.

The region, located behind the eyes, helps us make decisions and keeps compulsive behaviors, such as gambling and excessive drinking, in check. Some studies have found abnormalities in this region in people with OCD, but its role in the disorder is unclear [ScienceNow Daily News].

People with OCD typically have anxious and recurrent thoughts, and have ritualized behaviors like repetitive hand washing. The condition seems to run in families, but scientists have not yet been able to pinpoint the actual genetic underpinnings [HealthDay News]. This study, published

in the journal Science [subscription required], does not suggest that lowered activity in the orbitofrontal cortex causes OCD, since family members who don't have the disorder also showed less activity there. But study author

"probably predisposes people to developing the compulsive rigid symptoms that are characteristic of OCD" [HealthDay News].

The findings could help identify people at risk to provide treatment before symptoms emerge, and lead to a biological marker to determine who is at greatest risk, he added [Reuters]. Currently, doctors diagnose the disorder by interviewing patients about their habits, which means OCD can't be identified until disruptive symptoms emerge.