A new study published in the journal Neurocase made headlines this week. Headlines like: "Sarcasm Center Found In Brain's White Matter". The paper reports that damage to a particular white matter pathway in the brain, the right sagittal stratum, is associated with difficulty in perceiving a sarcastic tone of voice. 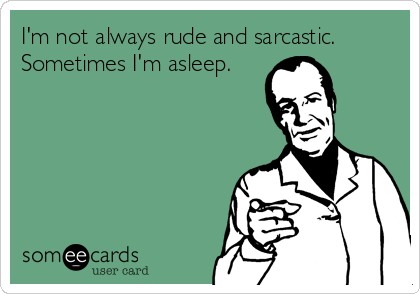 The authors, studied 24 patients who had suffered white matter damage after a stroke. In some cases, the lesions included the sagittal stratum in the right hemisphere, and these individuals performed worse on a test in which they had to decide whether statements like "This looks like a safe boat!" were sincere or sarcastic, based on the tone of voice. So - do these findings mean we've found the brain's sarcasm center? Yeah. Here's why. First off, the sagittal stratum isn't a 'center'. If it's anything, it's a bridge. It's a white matter nerve bundle that relays information between two grey matter structures, the thalamus and the cerebral cortex. White matter doesn't detect or process anything: grey matter does. White matter connects the grey matter areas. The detection and understanding of sarcasm probably happens somewhere in the cortex, since this is where most social and perceptual processing happens. So if the sagittal stratum is required for sarcasm perception, its role is to relay information to and from the relevant part of the cortex - and we don't know where that part is. There might be multiple areas involved in sarcasm detection, for that matter - there might not be "a center". Also, I'm not sure how solid the result is. The sample size was fairly small, and the authors considered the integrity of eight different white matter tracts as predictors of sarcasm impairment, finding one significant association at p = 0.039. This raises a multiple comparisons problem: