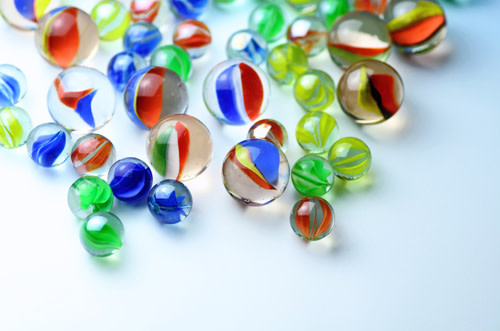 You might call numerosity humans' sixth sense. This number sense gives us the ability to visually discern quantity, such as how many peaches are resting in a bowl or how many marbles are scattered across the floor. Like seeing or hearing, it's an evolutionary part of human and animal brains. Now researchers have shown that, like our other basic senses, numerosity depends on the organization and close proximity of very particular neurons. Scientists have long known that the brain's primary senses, such as sight and smell, lie in clusters of neurons in the sensory cortex. And these have been mapped to identify how and where the neurons for these sensory organs are organized in the brain. Such topographic maps have also been established for numerosity in macaques. Scientists figured that human numerosity, too, relied on specific neuron organization. They just hadn't been able to find it, until now. Benjamin Harvey of Utrecht University and colleagues used functional magnetic resonance imaging (fMRI) to record the brain activity of eight adult participants as they looked at a series of dots that ranged in number and size. The researchers then turned this brain activity data into topographic neuron maps, and published their findings today in Science. The researchers found that the posterior parietal cortex region of the brain, which plays a role in visual and spatial perception,was active in all eight adults during the study. They also found that specific neurons within that region of participants' brains were encoded to respond to smaller quantities of dots and other neurons were encoded for the larger quantities. It turns out the area in the brain's cortex that perceives numerosity is highly organized, similar to the areas of the brain that process our sense of sight or touch. While number sense is not the same as recognizing the actual Arabic symbols that represent quantity, such as 2 and 10, the topographic map may help scientists learn more about how the brain processes numbers. "We believe this will lead to a much more complete understanding of humans' unique numerical and mathematical skills," says Harvey. Image credit: TOMO/Shutterstock