Brain Organoids are Farther From Consciousness Than You Might Think 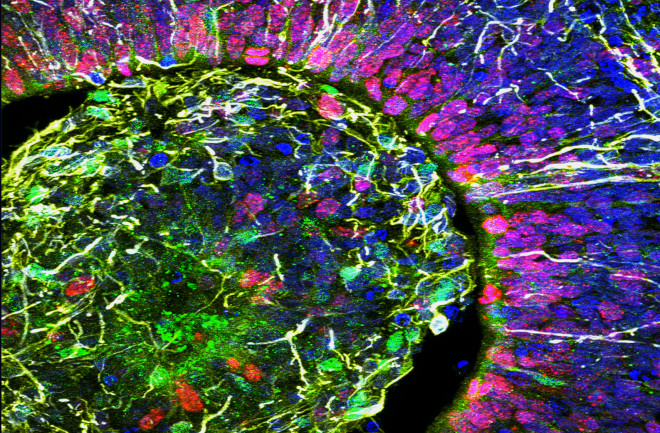 Cerebral organoids, or so-called “brains in a dish,” have taken the world of neuroscience by storm. These balls of neurons and brain tissue, grown in a petri dish, are supposed to mimic early brain development in humans.

Recent studies have touted swift progress, including lab-grown brains that are capable of forming neural circuits and producing brain waves similar to a developing embryo. But a new paper in Nature this week offers another take, suggesting that lab-grown brain models are far from humanlike.

In this new work, a team of scientists at the University of California, San Francisco, compared samples of real developing brains to organoids and say the lab-grown versions show patterns of abnormal development. As such, the organoids are unlikely to form the complex circuitry needed to study brain diseases.

Given these shortcomings, the odds that organoids will develop cognition or consciousness are still pretty far off, the researchers note.

Our brains rely on intricate networks of neurons to function. In real brains, neuronal cells form identities — which determines their characteristics and role in the brain — based on genetic instructions.

But in organoids, scientists observed that neurons appeared confused about their identities and failed to mature. This would prevent an organoid from organizing and functioning like an actual human brain, and impede the formation of specific brain circuits important for understanding diseases.

These abnormalities were not only present in the organoids created in the UCSF lab; a data analysis found them in organoid models used by other labs.

But the good news is that scientists think these abnormalities can be corrected. Signs of excess environmental stress, such as a lack of oxygen, showed up in many of the organoids' cells. Placing them in an environment resembling conditions that actual human brains encounter eased the stress and allowed the cells to develop normally.

“We found that if we transplanted stressed organoid cells into the developing mouse brain, we could relieve the stress,” said co-author Arnold Kriegstein, a neuroscientist at UCSF, in an email to Discover. “When stress was relieved, the gene identity improved. This finding suggests that the stress induces the gene identity issues, and that both are reversible.”

In light of the problems the UCSF team uncovered, Kriegstein is skeptical of some recently reported breakthroughs in organoid research — and thinks the public should be, too.

“There are overstated conclusions in some published papers concerning organoids, and overblown hype in the reporting about organoids,” Kriegstein said. “Organoids are already proving to be important models of human disease, but they are still extremely rudimentary compared to even fragments of the actual human brain. They are not ‘brains in a dish.’”