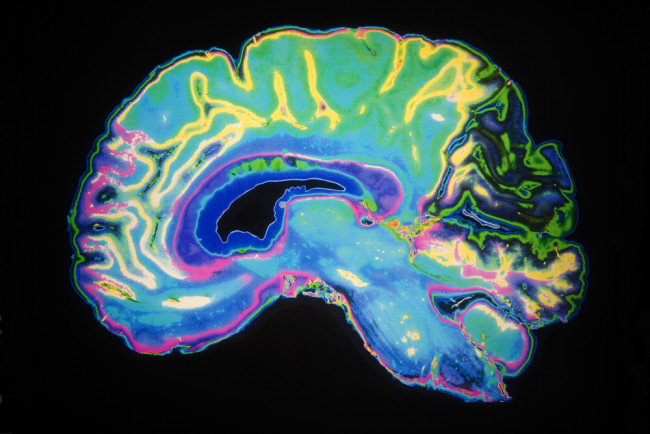 When it comes to improving memory, being in the right place at the right time could be key. Scientists are figuring out how to do that. Michael Kahana, a professor of psychology at the University of Pennsylvania and his team developed an experimental brain stimulation technique that improves memory by applying a pulse of electricity directly to the brain when and where it’s needed most. In an early demonstration, they say their approach improved word recall in epilepsy patients by 15 percent. It’s the result of decades of research that’s being funded by the military’s Defense Advanced Research Projects Agency to decode brain signals. Although there’s a lot more work to be done, Kahana and colleagues believe they’re getting closer to developing implantable devices that could help veterans who have experienced brain trauma. Direct brain stimulation is a standard tool to block symptoms of Parkinson’s disease and epilepsy. There’s also been some work showing it could work to address psychiatric conditions as well. The procedure involves implanting electrodes in specific parts of the brain and applying electricity. For the most part, direct brain stimulation is conducted via an “open-loop” approach where electrical signal remains static regardless of brain activity. More recent research has explored a “closed-loop” approach where electrodes both monitor brain activity and apply stimulation based on neural feedback. After paving the way for it last year, the closed-loop approach is what Kahana and colleagues used in this current study. They worked with 25 patients with epilepsy who were preparing for surgery to treat their seizures; therefore, their brains were already wired to monitor their neural activity. For each person, researchers identified the unique patterns of brain activity that indicated when their neural memory storage process was working and when it wasn’t working. That information was fed into a computer algorithm that could predict when a memory lapse was about to occur based on signals from the brain. Then, the researchers asked patients to memorize and recall lists of nouns. The stimulation was aimed at the lateral temporal cortex—a part of the brain associated with word recall. Some recall tests were performed with the device on, while in others the device was off. And it seemed to work. On average, researchers say participants’ recall performance improved about 15 percent when it was on. The team published its findings Tuesday in the journal Nature Communications. We are still far from time-crunched students turning to memory-boosting brain implants to cram for an exam. Wiring the brain with electrodes is still a delicate, laborious process. However, work is ongoing to someday fit these capabilities onto a device. And if algorithms can predict a memory lapse, the same approach could work to correct other neurological disorders with well-placed and well-timed pulses. "There's a good chance that something like this will come available," Michael Sperling, an author of the study and director of the Comprehensive Epilepsy Center at Thomas Jefferson University in Philadelphia, told NPR. "I would hope within the next half dozen years, or so."