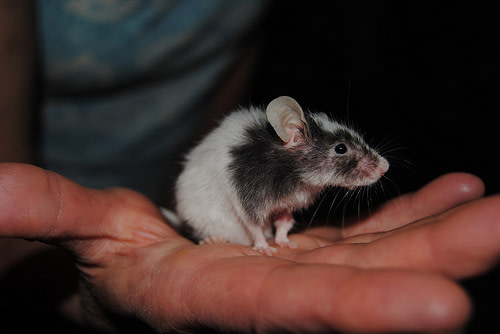 Our cognitive abilities tend to decline when we get older, as we have trouble remembering old facts and skills and learning new ones. But a little young blood reverses some ill effects of old age

, at least in mice, researchers reported at the Society for Neuroscience conference last week. Neuroscientist Saul Villeda and his team gave elderly mice infusions of blood from younger, sprightlier members of their species. The old mice fortified with young blood improved on learning and memory tasks, such as finding a platform submerged in water and getting conditioned (think Pavlov's dogs

) to fear situations associated with electric shocks. Last year, Villeda and his colleagues published a study showing that the effect went the other way: Young mice were injected with blood from their older counterparts, after which they did worse on the memory tests than young mice with only their own blood in their veins. The researchers also used another method to give young mice old blood. They surgically hooked up the circulatory systems

of pairs of mice, one young and one old, to let the blood of the two mice intermix. (They also paired mice of the same age, for comparison.) After a few days, the mice's brains showed different amounts of neuron growth: The youngster grew fewer neurons than either of two young mice joined together. The old mouse in the duo, on the other hand, had more new neurons than each of a pair of elderly mice did. The researchers aren't yet sure what about young blood improves cognition, but hope this avenue of research might one day lead to memory-boosting therapies for people, as well. But rumor has it that one man, at least, has already tested out the rejuvenating properties of young blood; the late North Korean dictator Kim Jong Il supposedly injected himself with the blood of young virgins

in hopes of fending off old age.

Face Selectivity in the Blind Brain