Bizarre Fever Dreams Are Common, But Science Hasn't Figured Out Why

Science can’t yet explain why we have such weird dreams when we’re sick. 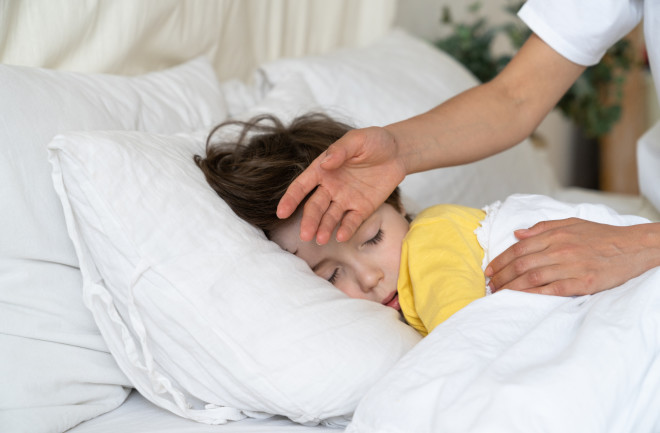 The COVID-19 pandemic had a documented effect on people’s dreams — even in those who didn’t contract the infection. But simply having a fever, no matter the underlying cause, has long been known to cause bizarre dreams.

Called fever dreams, these images are often more vivid and unpleasant than ordinary dreams. And, according to the National Sleep Foundation, they’re also likely to be set in a bizarre, Alice in Wonderland-like world that features such psychedelic elements as moving walls and melting objects.

Fever dreams are difficult to study. (You can’t easily visit a sleep lab when you have the flu, after all.) But in 2020, dream researchers Michael Schredl of Heidelberg University in Germany and Daniel Erlacher of the University of Bern in Switzerland surveyed 164 people. They found that fever dreams live up to their reputation for being beyond weird, but they and included more negative and fewer positive emotions than other dreams.

Here’s an excerpt of a fever dream as reported in the 2020 survey:

I am walking in a city that is situated in a valley, maybe Italy. […] Suddenly, a hot wind has sprung up. I do not know where I am (in the city) and it is growing steadily hotter. I lost my shawl, and also my shoes; I feel the relatively cool cobble stones of the street. I have the impression that I have to run away quickly. The air is so hot that breathing hurts. […] I see a red glow in the corner of my eyes and I turn around to see an enormous lava ball coming down the mountain heading toward the city and me. I am running faster and faster, the air grows hotter and hotter, the lava ball is changing directions in pursuing me and does not affect the houses. It seems the lava ball has the task of getting me. As the lava ball catches up, I wake up.

Being chased by a giant ball of lava may seem a little extreme but other research has shown that dreams often incorporate bits and pieces of the waking experience. They call this the continuity hypothesis. So, if you’re burning with fever, dreaming of a lava ball is keeping with the concerns of your waking life.

Schredl and Erlacher also raise the possibility that the cognitive impairment brought on by fever might contribute to the strangeness of dreams. “The basic idea is that the ‘over-heated’ brain is not functioning properly and therefore dreams are more bizarre,” they write, pointing to previous research by Schredl showing that the severity of psychotic symptoms in schizophrenic patients during the day is relative to the degree of weirdness of their dreams at night.

Rest assured, however, fever dreams aren’t harmful in and of themselves. Instead, they seem to be a symptom of the fever more so than an indication that something else is wrong. If you’re sick with a fever, advises the NSF, take the normal precautions and try not to let the strange dreams freak you out.

Of course, there’s still plenty of work to do to figure out why fever dreams are so bizarre. But if you’ve had one, take comfort in the fact that you’re not alone. (And maybe count yourself lucky that you didn’t spend the night fleeing from a giant lava ball!)