Big Idea: How Pot, Cocaine, and Hunger Intersect in the Brain

Researchers are studying the role that the endocannabinoid system plays in cravings, and using their findings to try to control our excesses. 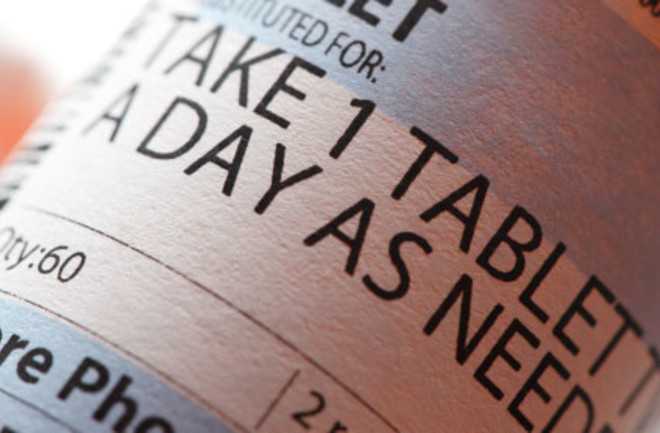 In June 2006 pharmaceutical giant Sanofi-Aventis began selling a new weight-loss drug called rimonabant in Europe. Rimonabant worked in part by reducing appetite, and the company claimed it could also treat addiction, harmful cholesterol, and diabetes. Lab tests even suggested the drug produced healthier sperm. But within six months, the company had received more than 900 reports of nausea, depression, and other side effects.

By the following summer, the U.S. Food and Drug Administration had rejected rimonabant, noting that relative to a placebo, patients taking it were twice as likely to contemplate, plan, or attempt suicide. The European Medicines Agency soon asked Sanofi-Aventis to address the safety concerns, and on December 5, 2008, the company pulled the drug off the European market.

Rimonabant was a spectacular flop, and yet its lure today is stronger than ever. Researchers worldwide are pursuing novel drugs aimed at the exact same target: the endocannabinoid system, an elaborate network of receptors and proteins that operate within the brain, heart, gut, liver, and throughout the central nervous system. For drug designers, the system’s powerful role in regulating cravings, mood, pain, and memory makes it a tantalizing target. The challenge now is finding sharper, more refined ways to manipulate it without causing the sort of debilitating side effects that derailed rimonabant. “The system is very, very widespread and very effective at a variety of levels,” says neuroscientist Keith Sharkey, who studies the role of endocannabinoids in the gut at the Hotchkiss Brain Institute at the University of Calgary. “It seems to be very important in the body, which is a concern when you develop drugs for it because you will get a range of effects.”

Zheng-Xiong Xi, a pharmacologist at the National Institute on Drug Abuse in Baltimore, explains that the main receptor in the endocannabinoid system, CB1, interferes with brain levels of dopamine, a chemical associated with reward-seeking behavior, pleasure, and motivation. Activating CB1 jump-starts a chain reaction that culminates in an excess of dopamine floating around between neurons. “The dopamine produces a good feeling, a rush, euphoric effects,” Xi says.

A few years ago, Xi was studying this phenomenon in mice, hoping to find a pill to treat addiction to dopamine-boosting drugs such as cocaine. Scientists suspected that rimonabant, which decreases CB1 activity, dampens appetite by decreasing dopamine levels and taking the rush out of eating. Xi was looking for a compound that would have the same effect on cocaine users. Without the high, he theorized, cocaine might lose its appeal.

In studying the endocannabinoid system, Xi tested THC, the active compound in marijuana. THC is thought to produce euphoric feelings by increasing CB1 activity and causing dopamine levels to rise. Instead he saw the opposite effect. “We found that at higher doses it produced a decrease,” Xi says. “So how did this happen?”

When Xi tried THC on mice lacking CB1 receptors, he found the same response: Dopamine dropped. Could THC be acting on the other receptor in the endocannabinoid system, CB2? It was an odd question, since CB2 receptors were not thought to reside in the brain. “For years people didn’t believe that they really existed there,” Sharkey says. But when Xi tested THC in mice without the CB2 receptor, it had no effect at all. CB2 was clearly involved.

Testing the idea further, Xi then switched to JWH-133, a compound designed to latch onto CB2 receptors and decrease dopamine levels. If CB2 receptors were truly absent in the brain, the drug should have no effect on dopamine levels there. Instead, Xi found, they were plunging. In cocaine-addicted mice with unmodified endocannabinoid systems, JWH-133 dramatically reduced the number of times the mice would press a lever for more cocaine. “The drug-taking behavior or drug intake is tremendously decreased,” Xi says. Meanwhile, when he and his team tested JWH-133 on mice without CB2 receptors, the rodents kept going for the cocaine, and their dopamine levels were higher.

This effect on dopamine may explain why rimonabant was dangerous: It blocked the body’s ability to produce a natural high. But Xi’s work, published in Nature Neuroscience, suggests that targeting a different receptor, CB2, makes all the difference. While early tests in rats hinted that rimonabant might have depressive effects, Xi’s group found no evidence of malaise in their mice.

While Xi turned to a new receptor, another group of scientists, led by Sharkey and Northeastern University medicinal chemist Alexandros Makriyannis, developed a compound that targets the same spot as rimonabant, CB1, but features certain key differences that could overcome its flaws. Appetite isn’t regulated only by the brain, Sharkey explains. The gut is also loaded with cannabinoid receptors that can act as brakes on the urge to eat. So Sharkey and Makriyannis developed a compound called AM6545 that stays out of the brain. This way, they figured, it might not have adverse psychiatric effects. In a study reported late last year in the British Journal of Pharmacology, AM6545 enabled mice and rats to lose weight without inducing signs of depression or nausea. “In animals it does exactly the same thing as rimonabant,” Makriyannis says, only without the drawbacks.

Whether either of these new drugs—or several others currently in testing—will be as effective in humans is an open question. Xi has shown that cannabinoid receptor location and concentration varies from species to species, so mouse results might not transfer to people. And he says it still isn’t clear why JWH-133 reduces dopamine but does not lead to hints of depression. Xi plans to study the question further and test JWH-133 and other compounds as tools to fight addiction.

Makriyannis, who has been involved in the field from its inception, foresees a whole new class of drugs that combat pain, inflammation, metabolic disorders, and more. “I’m convinced that in the next five years we shall have more drugs for the endocannabinoid system,” he says.

Invasion of the Marijuana Clones

Drugs that boost mood and appetite are prime targets for abuse. Case in point: an experimental class of drugs designed to mimic THC, the active ingredient in marijuana. Only a few have made it to market—legally, anyway. Here, three THC knockoffs gaining popularity on the black market.

HU-210 has a very similar chemical composition to THC but is about 100 times as potent. Researchers at Hebrew University first synthesized the compound in 1988 to help treat depression and anxiety. Since then, drug-enforcement officials have isolated the compound in novelty products sold as “Spice” incense and restricted its use; it's apparently caused heart attacks in some teenagers who've used it.

JWH-018 was developed in 1993 by Clemson University chemists. It is one of the easiest cannabinoids (THC mimics) to produce, making it an attractive target for knockoffs. When Germany banned its illicit use in 2009, the chemically similar but unregulated JWH-073 showed up in Spice packets within weeks.

CP 47,497 was developed by Pfizer in the 1980s, but it first turned up in packets of Spice in 2009. Its high potency and long-lasting psychological effects make it particularly prone to abuse. In March the U.S. Drug Enforcement Agency restricted it along with JWH-018 and JWH-073.