Autism Risk Gene May Generate a Tangle of Wiring the Brain 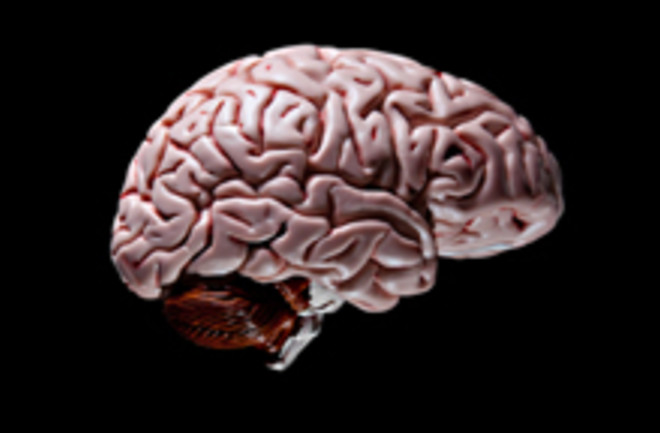 Autism researchers already knew that a variant of gene called CNTNAP2 that appears in about one-third of people is associated with higher risk for developing the condition. A study this week out in Science Translational Medicine puts that genetic marker together with what it appears to do in the brain: cause too many connections inside the frontal lobe of the brain, but too few from there to other brain regions. That could be a key clue in unraveling the learning and language difficulties that frequently appear in autism spectrum disorders.

The gene produces a protein called CASPR1 and is active during brain development — mostly during frontal-lobe development. "During early development, it is localized to parts of brain that are 'more evolved' — areas where learning and language happen, the frontal lobes where really complex thinking takes place," says Ashlee Scott-van Zeeland, a postdoctoral fellow at the Scripps Translational Science Institute in La Jolla, Calif., and lead author of the study. "[It is] thought to help structure the brain." [TIME]

To study its effects, Scott-Van Zeeland and company studied 32 kids between 11 and 13 in age. Some were autistic, some not, and many of the non-autistic kids carried the CNTNAP2 gene variant. The scientists examined the children's brains through fMRI

while the kids played a game intended to stimulate brain regions that the gene affects.

Regardless of whether the kids had autism or not, children with the CNTNAP2 "risk" gene showed more activity in the frontal lobe of the brain (specifically, inside the prefrontal cortex) during a "language learning" task than those without the risk gene. In those without the risk gene, activity in the prefrontal cortex decreased during the task. Instead, there was more connectivity between the frontal lobe and other areas of the brain, including the left side of the brain, which is involved with language. [BusinessWeek]

Curious to learn more, the team studied a further 40 kids who did not have autism to see what happened with the gene, Reuters reports

. The same pattern emerged: Kids with the risk variant of the gene, though they didn't have autism, did show the extra connections in the front frontal lobe.

Scott-Van Zeeland said researchers know that autism is caused by more than one gene, but the CNTNAP2 gene helps explain part of the picture. "One third of the population carries this variant in its DNA," [coauthor Daniel] Geschwind cautioned. "It's important to remember that the gene variant alone doesn't cause autism -- it just increases risk."[Reuters]

But while CNTNAP2 is only part of the picture, the team's findings seem to agree with what's already known about autism

The new findings lend support to the "intense world" theory of autism, which has posited that patterns of brain circuitry that result in excessive functioning in some regions may lead to extremes in attention and perception, which can produce both the deficits — and the sometimes extraordinary intellectual talents — that characterize some people with autism. [TIME]

(PHOTOS) DISCOVER: The Pugnacious Paper That Aims To Turn Neuroscience on its Head