Atheist conservatives and libertarians are not rare

A generous definition of rare I would think is 10% or less (you might argue for a more stringent threshold, but let's work with 10%). So what are the politics of atheists? I bring this up because someone named Bridget Gaudette is looking for conservative and libertarian atheists to ask them about their views (so naturally I came up), but prefaced her inquiry to me by the assertion that "conservative/Republican" and "Libertarian" individuals in the "Atheist community" are rare. I don't think this is empirically valid, depending on how you define the atheist community (e.g., atheist activists are probably to the Left of the median atheist). But even among the types who are motivated enough to attend secularist conferences, a substantial minority are non-liberals. I know because many people approached me after I spoke about my conservatism at the Moving Secularism Forward event last spring, and expressed their libertarianism, or specific conservative heterodoxies. Many of the young male atheists who I encountered in particular tended to be libertarians. Genuine self-identified conservatives are moderately rare, to be fair.

Nevertheless, to probe this question let's look at the GSS. The variable GOD has a category which includes those who frankly state they "don't believe" in God. These are by any definition atheists. I limited the data set to 1992 and later so as to take into account the reality that American politics have become more polarized over the past generation along religious lines (I would have used 2000, but the sample sizes started to get small for atheists). 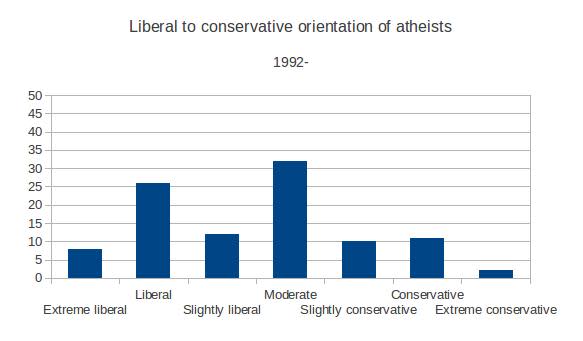 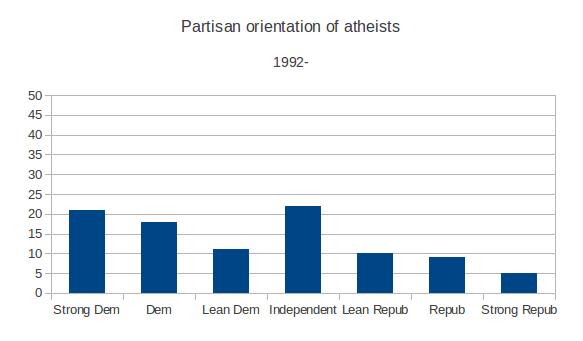 As we'd expect atheists lean liberal and Democrat. But &gt;20% of atheists in this data set identify as Republicans or conservatives. I think the conservative identification is somewhat misleading. Many of the "conservatives" are actually libertarian. That's obvious because though atheists are diverse in relation to fiscal issues, they tend to be liberal on social issues. To give an example, let's look at the difference between atheists and those who "know God exists" in the GSS on a social and fiscal issue. 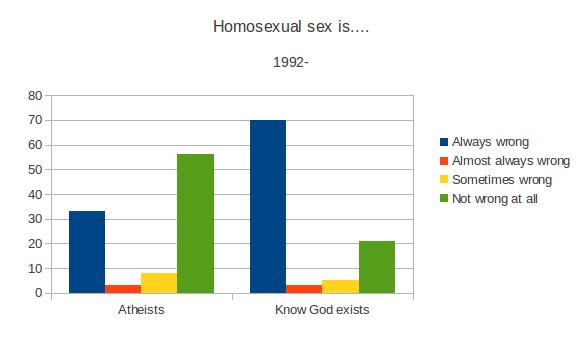 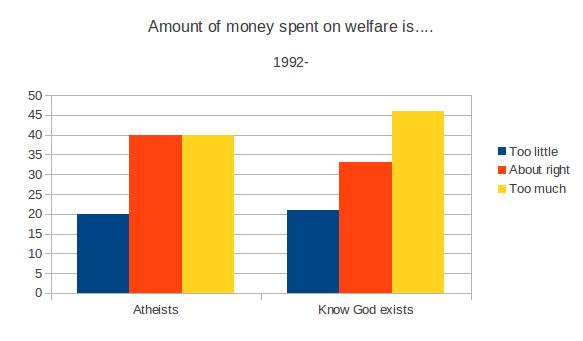 Atheists are to the Left on fiscal issues, but only very slightly. Rather, where they are distinctive is their strong social liberalism. In some ways they are an appropriate comparison with black Americans. On social issues black Americans are diverse, with a median in the middle of the distribution. But on fiscal issues they tend to be more liberal (and skeptical of free market policies, which include free trade). Both atheists and blacks are strongly Democratic leaning constituencies, but for somewhat different reasons. 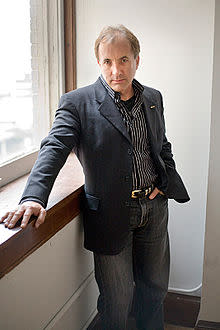 Another aspect of the atheist/freethought "community" which perplexes me is that despite their commitment to a diversity of viewpoints (barring their agreement on the God hypothesis), some seem awfully unaware of the radical atheist origins of much of the modern libertarian movement. I bring this up because a few years back I was privy to a conversation among people sympathetic to the skeptic movement who were shocked and somewhat dismayed that Michael Shermer is an avowed libertarian. One of the participants explained that many, perhaps most, strongly identified libertarians were actually not religious, to the obvious surprise and curiosity of the others, who had assumed that all skeptics would tend toward their politics.

Any libertarian with a consciousness of the lineage of their political tradition is aware of this. Ayn Rand was famously a militant atheist, but so was the famed curmudgeon H. L. Mencken. Mencken's irreligion is widely known, but less so his Old Right politics which prefigured post-World War 2 libertarianism. Other libertarian thinkers of note, such as F. A. Hayek and Milton Friedman, may not have been militant in their lack of religion, but they were not religious individuals. More relevantly to the contemporary scene, prominent skeptics Penn and Teller are libertarians. From what I can gather they don't hide their politics.