Are You Lacking "Science Acid-Trip Pulp-Horror"? Try Some of This 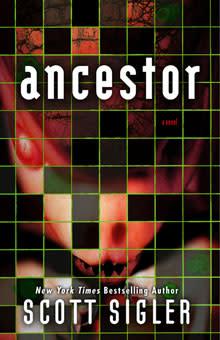 New York Times bestselling author Scott Sigler has just come out with another novel in the fast-moving, horrific, science-tastic style that he's made his trademark. The new book is about a creature engineered to be the perfect organ donor--the ANCESTOR of the title--and he (and his publisher, Crown) have agreed to let us run an excerpt right here on SNF for your reading pleasure. To entice you to read on, check out the great blurbs from these top-notch reviewers:

"ANCESTOR isn't science fiction. It's science acid-trip pulp-horror, an irresistible genre unique to Scott Sigler's wonderfully warped mind." —Carl Zimmer "Fun, creepy, and impossible to stop reading, ANCESTOR is the rare thriller that's based on cutting-edge science and is entirely possible. Long after you're done with the book, you'll still be looking over your shoulder. Just in case." —Phil Plait

Without further ado, here is your ANCESTOR excerpt: