Are Men Less Into Sex Than They Think?

Over the last month, how interested were you in sex? 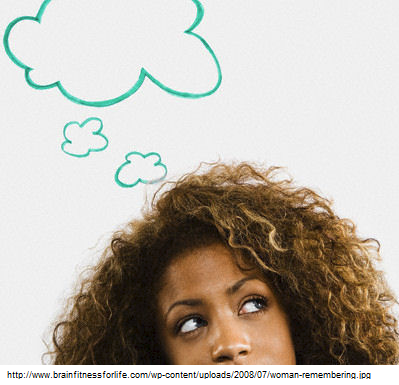 According to a really thought-provoking new study, your answer to that question is likely to be an overestimate - especially if you're male: Accuracy of 30-Day Recall for Components of Sexual Function and the Moderating Effects of Gender and Mood The authors, a Duke University team led by Kevin Weinfurt, took 200 people who were in a sexual relationship. Every day for one month, they were asked to complete a detailed online diary about the past 24 hours of their sex lives (with email reminders for any slackers). Then, at the end of the month, the volunteers were each asked the same questions over again, about the previous 30 days as a whole. This deceptively simple methodology allowed Weinfurt et al to work out how accurate people's memory for sex was, simply by comparing their past-month answers to the total (or the average) of their previous daily answers. It turned out that people's memory is far from perfect. Most strikingly,

people remember being a lot more interested in sex than they actually were:

on a 5-point scale, answers to the past month recall question were almost one full point higher than average daily answers (the question was "How interested have you been in sexual activity?"). This bias was stronger for males. The correlation coefficient between someone's 30-day interest rating, and their average daily score, was r=0.70. This is strong, but by no means flawless. As the authors write:

A correlation of 0.70 suggests that about half of the variance in the 30-day recall is based on something other than what actually happened during the preceding month.

In the absence of a perfect memory trace for some experience, people may “fill in the gaps” using some theory about what their experiences should have been, given who they are.

Finally, and most interestingly from my perspective, was the effect of mood. Mood at the time of completing the 30-day recall questionnaire was associated with memory biases: relative to their own daily reports, people in a good mood over-reported having sex, under-reported masturbating, and over-reported their sexual function (erectile and/or orgasm quality.) This is a striking demonstration of the fragility of memory and the problems with 'self report' and surveys. It's humbling to think how easily a spurious finding about (say) depressed people having less sex could emerge from such a mood bias. Weinfurt et al recruited an unusual sample of volunteers: they were all people in a stable relationship, who were willing to comply with the rather intrusive demands of the study. But the accuracy of memory in the real world is likely to be even lower. For one thing, doing those daily reports could well have boosted subsequent recall.