Are Kids Who Abuse Animals Destined to Become Serial Killers?

Cruelty against animals is one of the traits from the MacDonald Triad, a framework that was once thought capable of identifying serial murderers and people with violent tendencies. But there's more to this disturbing behavior than previously believed. 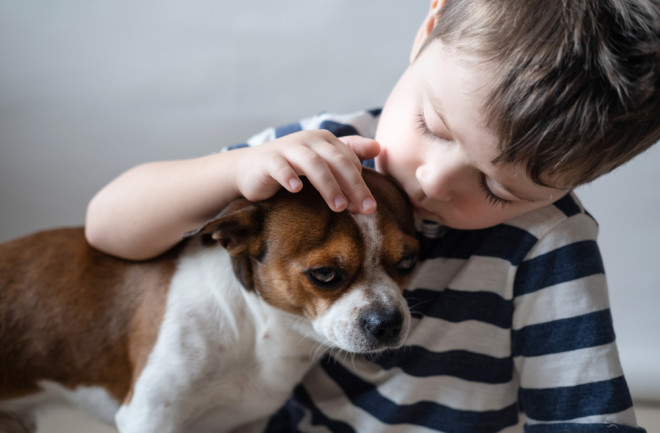 Many infamous serial killers harmed animals when they were children, including Jeffrey Dahmer, Ted Bundy, Gary Ridgeway, John Wayne Gacy, and the Boston Strangler. It’s long been a popularly held belief that children who are abusive toward animals are serial killers in the making. But is this true?

While there is a correlation between kids who purposely harm animals and future violence, it’s a complicated one. If there’s one thing that’s certain, though, it’s that this behavior indicates there’s a serious problem that needs attention.

What Is the Macdonald Triad?

Proposed in 1963 by psychiatrist John Macdonald, the Macdonald Triad consists of three traits he saw among his most aggressive and sadistic patients. He theorized that certain behaviors — cruelty to animals, fire-starting, and persistent bedwetting past the age of 5 — could predict whether a child would grow up and commit violent criminal offenses, possibly even serial murder, in adulthood.

However, there were flaws in Macdonald’s theory. Chief among them is that he based his research on 100 patients who had threatened to kill someone, not individuals who had actually committed murder. Nonetheless, the Macdonald Triad became associated with serial murder for years, even as it fell out of favor as a diagnostic tool.

Then, in 2018, a review of studies finally put the triad to rest. The review failed to find a history of all three behaviors among violent offenders. But the presence of any one of the triad behaviors, when isolated, was associated with future aggression. The researchers wrote that the triad could be used to root out a dysfunctional or abusive home environment or poor coping skills.

Severe abuse during childhood is a recurring theme among the biographies of many serial killers. But even though it’s a significant commonality, most survivors of childhood abuse don’t go on to commit murder.

What’s Wrong With Them?

If there is a trait in the triad that’s especially concerning, it may be animal abuse. This behavior is a well-established early indicator of future assault, murder, rape, partner abuse and child abuse. Again, not all kids who harm animals will go on to hurt people — but some will.

Research has revealed that 25 percent of aggressive inmates had committed multiple acts of animal abuse as children. Forty-five percent of school shooters had histories of alleged animal cruelty, and 21 percent of serial murderers admitted to childhood animal abuse.

There are a variety of reasons why young people engage in violence against animals, including being a victim of abuse and lacking healthy coping mechanisms. There are also children who exhibit sadistic tendencies and seem to enjoy causing suffering. Kids who torture or kill animals often demonstrate antisocial personality traits. This includes a lack of empathy, remorse, and guilt. These children also might be prone to pathological lying and juvenile delinquency.

Technically, no one under age 18 can be diagnosed with antisocial personality disorder (ASPD). But when these traits are present during childhood, it’s a sign that they may receive an ASPD diagnosis in adulthood.

While ASPD is the clinical name of the condition, you may be more familiar with the colloquial term psychopath. People with extreme ASPD are considered to have psychopathy. Some will successfully channel their personality traits into careers where it can be advantageous, such as special forces or CEOs. Others may develop a criminal record. And some may commit interpersonal violence — although not necessarily murder. While not all psychopaths become serial killers, many serial killers possess attributes of psychopathy.

The cause of ASPD can be biological or be rooted in an abusive, chaotic, or a neglectful home environment. Sometimes it's caused by a combination of both. Children with antisocial personality tendencies that include callous-unemotional traits, however, tend to inherit them. These kids display a more severe pattern of antisocial behavior that's marked by a disregard for others, a fearless temperment, increased aggression, and less sensitivity to punishment and consequences.

British child psychiatrist Stephen Scott, an expert in childhood and adolescent antisocial behavior, explains that “unlike regular antisocial behavior, theirs seem to be born rather than made, with a heritability of 80 percent of the characteristics being due to genes, whereas with ordinary antisocial and later criminal behavior, it is only 30 percent.”

In other words, “garden variety antisocial behaviors are due to the way you're brought up. But children and adults with callous-unemotional traits are biologically different,” Scott says.

Can They Be Helped?

Still, the situation is not without hope. Since ASPD has its developmental origins in childhood, early intervention is the best approach for improving outcomes. Scott published a long-term study focused on parent training, which produced positive and lasting results in reducing antisocial behavior and character traits. Parents were supported in using alternative ways of interacting with their children, with techniques that were focused on praise, rewards, and limit-setting. Overall, the work was aimed at helping kids develop empathy while their brains were still maturing.

Of course, not all parents are inclined to seek help for their children. But there are parents who do. Usually, their child’s troubling behavior — such as aggressiveness, fighting, or having frequent tantrums — is the impetus. According to Scott, “The art is to try and help them see that they can make a difference through changing their parenting style. If they do that, the outcomes in the ‘garden variety’ [form of ASPD] are mostly very good.”