The right to a fair trial by an impartial jury is a fundamental principle of the U.S. justice system. Research has shown that jurors are not infallible to bias, and that there are ways to address the problem. 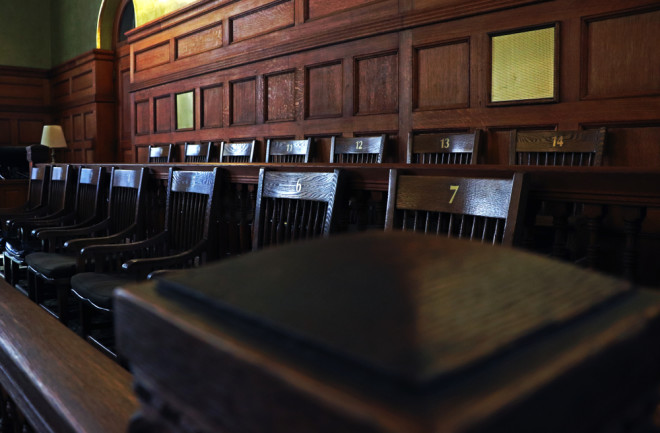 When George Zimmerman, a man of German and Peruvian ancestry, fatally shot Trayvon Martin, an unarmed Black teenager wearing a hoodie, many felt it was a clear case of racial bias. That’s contrary to what Zimmerman, a captain in his neighborhood watch group in an Orlando suburb, told police investigating the case. He thought Martin was “up to no good,” and began following him. A violent encounter between the two ensued, and Zimmerman said he shot Martin because he feared for his life.

Whether Zimmerman acted out of self-defense was left to the court to decide. Prosecutors throughout the trial portrayed Zimmerman in a different light — an angry, wanna-be cop who targeted a teenager walking home after buying a package of Skittles and an Arizona-brand fruit drink at a convenience store. Ultimately, the nearly-all-white jury acquitted Zimmerman on all charges. But can we know whether racial bias crept into their decision?

Juries have a tremendous amount of power and responsibility in the American judicial system. They determine whether a defendant is guilty or not guilty, and in some cases, what the sentence will be. They can take away someone’s freedom and even their life. Under the Sixth Amendment of the Constitution, the accused has a right to be heard by an impartial jury, which has been interpreted to mean people from the surrounding community who will decide the case based solely on the evidence. Yet research into implicit bias suggests that many not be what really happens.

Studies have shown that people associate Blacks with violence or crime, and that kind of thinking plays into juror decision-making. In one study, participants were asked to categorize items that appeared on a screen. Some were guns while others were hand tools. Every now and again, a human face — either white or Black — would flash across the screen just before the object appeared. It would happen so quickly that study participants couldn’t consciously register its presence. Researchers found that non-Black participants identified guns more quickly when they were shown a Black face rather than a white one. When a time constraint was added, participants were more likely to misidentify a tool as a handgun when they were subliminally shown a Black face first.

In a similar study, participants were subliminally shown either a Black male face, a white male face, or no face at all, and were then presented with images that were initially blurry but would slowly gain clarity. Some objects were crime-related, like a gun or a knife, while others were everyday items, like a camera or a watch. Subjects had to mark the precise moment they could identify the object as it came into focus. The study showed that when a Black face was shown first, it took subjects less time to detect crime-related objects, further establishing the association between Blackness and criminality, the study’s authors say.

Americans are aware of the negative stereotypes about Blacks, and many have rejected them, but that doesn't mean we're in a post-race society. Most courts now issue standard language warning jurors they should not let bias, sympathy, prejudice, or public opinion influence their decision, but results of that language have been mixed. One study, a meta-analysis of 16 mock-juror studies, concluded that racial bias decreased when this language was used on the jury. But another study found that when instructions designed to eliminate bias were given, it actually made jurors hyper-focused on race, possibly triggering the racial stereotypes it was meant to eliminate.

Another way to address bias may be to ensure that the accused truly does stand before a jury of their peers. A month after Martin was slain, Duke University researchers examined records of more than 700 non-capital felony cases — or crimes that are not punishable by death — in Florida and found strong evidence that jury verdicts are affected by the defendant’s race. Black defendants were convicted 16 percent more often than white defendants, in part because juries often have no Blacks on them. When juries had even one Black person serving, white and Black defendants were convicted at the same rate.

Having a diverse jury can lead to more thorough discourse in the jury room, too, because jurors are more likely to hear ideas outside their inherent biases. Catherine Grosso, a professor at the Michigan State University College of Law, says it was for a similar reason that the U.S. Supreme Court ruled last April that it was unconstitutional to have jury verdicts that were not unanimous. While federal and most state courts require jury verdicts to be unanimous, two states, Louisiana and Oregon, allowed defendants to be convicted even though some jurors had voted to acquit.

“Sometimes, you might have had one or two minority positions, and if you don't need a unanimous verdict, you can just sort of disregard what they have to say. Forcing the jury to reach a unanimous decision requires everybody's voice to be heard,” Grosso says.

Research shows a similar dynamic comes into play when there is just one Black person on a jury, she says. In death penalty cases where the defendant was Black and the victim was white, juries with five or more white males sentenced the accused to death 72 percent of the time. When there was just one Black male on the jury, the figure dropped to 43 percent. That’s understandable, given that the study also showed that Black jurors were far more likely than whites to have lingering doubts about the accused’s guilt, as well as different perspectives on the defendant’s remorse and whether they’d continue to be a threat to society.

But getting more Black individuals on juries is no easy task. There's a lack of Blacks on juries because they are often missing from the voter registration rolls from which jurors are sourced. There are various reasons why fewer Blacks are registered to vote — from systemic barriers to voting, to having to move more frequently for housing and employment (making them more difficult for the court to track down), to hurdles associated with felony convictions.

Even if they’re called, they're unlikely to be seated, experts say. That’s because both the prosecutors and the defense attorneys in a case can eliminate people they don’t want on the jury, a process called peremptory challenges. While a 1986 court case known as Batson vs. Kentucky decision made it unconstitutional to knock people off juries because of their race or ethnicity, attorneys continue to do so.

By allowing attorneys to knock out prospective jurors, you may be eliminating the very people who would have made the jury impartial, says David Reischer, an attorney in New York City. “Jury verdicts sometimes fall short because [the jury is] composed of people unable to put themselves into the shoes of the accused, because of different life experiences,” Reischer says.

Peremptory challenges were considered so counter to the concept of creating an impartial jury that England abolished them in 1988. Canada followed suit just last year.

In theory, U.S. courts have interpreted the idea of a “jury of one’s peers” to mean a jury comprised of a diverse and broad spectrum of the population, particularly of race, national origin, and gender, but in some communities that do not have a diverse population, that’s not even possible, says Brooke Butler, a psychiatrist in Sarasota, Florida, who researches the social-psychological factors that influence decision making in the legal system.

“No one is ever getting tried by a jury of their peers,” she says.

It doesn’t help that the number of people showing up for jury duty has declined over the last few decades, so juries now have a disproportionate number of retirees and people with unsteady jobs. What you don’t see in that pool are the self-employed, parents of young children, people who work hourly jobs, and ethnic minorities who simply cannot afford to take the time off, she says.

But Butler is hopeful about the prospect of jury reform; as in most challenges, change won't come until the problem is acknowledged, and there’s now a candid dialogue about the impacts race can have on the judicial system. While there’s a reluctance to incorporate social science research into trials, it has happened, she says. For instance, studies have found that cross-racial identifications are often unreliable, as eyewitnesses are better at identifying members of their own race than those of other races. Jurors are now warned about this during trials.

Margaret Bull Kovera, a professor at John Jay College of Criminal Justice who studies jury decision-making, says we give juries a bad rap because a lot of our research is focused on the things that they do wrong, from being influenced by race and pre-trial publicity to failing to follow judicial instructions (which she acknowledges can be pretty complicated). But they do a lot of things right, she says.

Some say that the acquittal of football legend O.J. Simpson — one of the most controversial verdicts in legal history — is one example of the jury system working.

“Society thinks juries are asked, ‘Did he do it?’ But that’s not what they're asked. They're asked, ‘Did the prosecution prove every element of the case beyond a reasonable doubt?’ and in that case, it left reasonable doubt you could drive a truck through. In that sense, did the jury do the right thing in the O.J. case? Yes. Absolutely,” says Richard Matthews, a trial consultant in San Francisco.

And really, what’s the alternative? A “bench trial” where a judge decides a defendant’s fate? Although Kovera says there's evidence showing judges can fall prey to many of the same biases juries do, and a study conducted by the Institute for Policy Research at Northwestern University in 2006 found jury verdicts aren't that different than those reached by a judge. When judges were given the same evidence that had been given to a jury, the jury had the same ruling as the judge about 87 percent of the time. But at the end of the day, 12 heads are still probably better than one.

“I don't think juries are worse than the alternative, especially if what we're concerned about is having the community infuse its values into the jury’s decision-making process,” Kovera says. “I think when you have 12 people involved, as opposed to one, that infusion of values is more likely to happen.”