Alzheimer's is just one of many brain disorders behind declines in memory, thinking and judgment — each associated with different causes, symptoms and treatments. 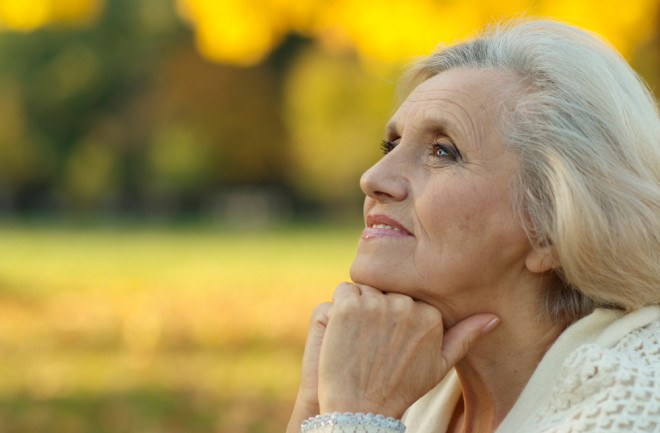 Growing old is a natural part of life. Our hair will turn gray and our skin will wrinkle. Our bones and muscles will weaken, and our blood vessels will get stiff. But many of us will also lose our minds, and that is something that's not supposed to happen.

Half of people age 80 or older have some form of dementia. The older someone is, the more their risk goes up. Significant declines in brain function may seem inevitable because of how common it is. But most experts believe that dementia is not a normal part of aging and that it can somehow be stopped. For that day to come, a better understanding of the nuances of the dementia subtypes and their underlying pathologies is crucial, says Peter Nelson, a neuropathologist at the Sanders-Brown Center on Aging at the University of Kentucky.

There’s still a tendency to lump all dementia patients into what Nelson calls a “grab bag of Alzheimer’s disease.” Some older people who are experiencing impairments to their thinking, memory and judgment might not have Alzheimer's, but another form of dementia. Other brain diseases associated with old age can be just as devastating and more common than you might think. A greater emphasis on non-Alzheimer's dementias not only would help patients get better care, but it could move research forward. Until diseases are correctly named, defined and understood, finding ways to treat and prevent them is pretty much next to impossible.

“It’s just like the many other fields where it turns out that it’s important to differentiate the symptom — like shortness of breath — from the disease, like pneumonia and asthma,” Nelson says. “This is a real explanation for why a lot of previous clinical trials didn’t work. The samples were hopelessly muddy. If you’re trying to treat a bunch of people with pneumonia, but you’re only using therapies for people with asthma, you’re not going to win.”

Alzheimer's is the most common type of dementia, accounting for roughly 60 to 80 percent of all cases. But Alzheimer's is a specific disease, whereas dementia is not. Rather, dementia is an umbrella term that refers to declines in a person’s memory and cognition that become serious enough to interfere with daily activities.

In some ways, saying someone has dementia is similar to saying they have a cold. Some 200 viruses, each genetically different, can attack the respiratory system. Many of the symptoms are alike — coughing, sneezing, a sore throat — but that doesn’t tell you much about the underlying causes or how to fix them.

“Every organ has dozens and dozens of diseases and dysfunctions as you age. The brain is entirely more complicated than the other ones, and yet, we have this view that only one disease can affect it with aging,” Nelson says.

Something many dementias have in common is that they're caused by a buildup of harmful proteins in the brain. Why these proteins start to misfold and clump together is poorly understood. But the end result is brain damage that gets worse over time. Glops of misshapen proteins prevent neurons from communicating with each other. Eventually, neurons lose function and wither away, causing the brain to literally shrink.

"The glop literally destroys the cells around it, and they get taken away in a person’s blood. And you end up losing a big physical portion of your brain. It just melts away as this glop accumulates,” Nelson said. “That brain has gone from a 4-pound brain to a 3-pound brain. You’ve literally lost 30 percent of the weight of your brain. It’s been demolished.”

According to Nelson, the gloppy proteins that wreak havoc on the brain vary based on the type of dementia someone has. With Alzheimer’s disease, it’s well-established that tau and beta-amyloid proteins are the culprit. Initially, the damage appears to take place in the hippocampus, the part of the brain essential in forming memories, before becoming more widespread.

It’s different from what you’d see in the brain of someone with LATE, another common form of dementia that’s often mistaken for Alzheimer’s disease. The acronym LATE stands for limbic-predominant age-related TDP-43 encephalopathy. The syndrome's name indicates the area of the brain affected, as well as the protein responsible for deterioration, called TDP-43.

Nelson was a member of the international team that published the first definition for LATE in 2019. He says researchers are learning that LATE is very common among older adults, affecting about a quarter of those over age 80.

Another type of dementia that’s often confused with Alzheimer’s is Lewy body dementia. Accounting for roughly 10 percent of all dementia cases, the disease shares similarities with both Alzheimer's and Parkinson's, as it affects both mental abilities and movement. Notably, around 80 percent of people with the disease also experience hallucinations. This type of dementia is caused by an accumulation of alpha-synuclein proteins, which form into clumps known as Lewy bodies.

But Nelson said that not all dementias are caused by misfolded proteins. Vascular dementia, for instance, can be caused by a major stroke, a series of small strokes or clogged blood vessels that reduce blood flow to the brain over time. Nelson says this form of dementia is often the most unpredictable in its symptoms, as it depends on which part of the brain has been damaged.

Complicating matters even further is the fact that most people with dementia tend to have more than one underlying disease affecting their brain. In particular, there seems to be a lot of overlap between LATE and Alzheimer’s, and that can make outcomes worse for the person, Nelson says.

“A lot of people have both LATE and Alzheimer’s disease ... and we’re still struggling with how to deal with that,” Nelson says. “People with Alzheimer’s get impairment and dementia, and it’s a horrible disease. People with LATE also get impairment and dementia, but it’s a subtler and slower disease. However, for many people ... that have both, the severity of their dementia and the swiftness of their decline is greater than either LATE or Alzheimer’s in the pure form.”

The brain changes that cause dementia begin years — even decades — before symptoms reveal themselves. By the time a person receives a diagnosis, their brain is probably too damaged to fix, Nelson says. That’s why the field has shifted away from finding a cure and is now focusing on uncovering ways to keep the brain healthy.

But first, researchers must establish biomarkers for Alzheimer's and other dementia subtypes. Biomarkers are biological indicators that signal whether a person is at risk for a disease, or if it's already present. A biomarker test would give doctors the ability to catch diseases in their early stages and prevent them from getting worse. Biomarkers also would pave the way for more effective medications, providing concrete ways to measure how successful a drug is.

To find biomarkers, researchers are studying cognitively healthy people to better understand what's happening in the body before the symptoms appear. But recruiting clinical trial volunteers — whether they’re healthy or sick — has long been a challenge in dementia research, Nelson explained. According to the University of Southern California’s Leonard D. Schaeffer Center for Health Policy & Economics, nearly 99 percent of eligible Alzheimer’s patients are never asked to consider participating in a trial.

“In cancer, they’ve been more vigorous about saying, ‘you’re a patient, you have cancer, it has a bad prognosis, you have a choice to treat or not treat, and the treatment involves enrolling in a clinical trial.’ And that’s how we bent the curve of survival for cancer. Not so in dementia,” Nelson says. “In part, that is because people in my field have been much more timid — not in terms of generating theories, but in terms of providing adult people with the choice.”

It's even more difficult to recruit people who aren’t yet sick, who likely hold the answers that can help the rest of us. Nelson says the field desperately needs people who are 75 or older to step forward and join studies, such as those listed on ClinicalTrials.gov.

“I would have my mom do it, which is my clinical criteria for ethics,” Nelson says. “It’s just a no brainer, you go in, and you have a chance. That is what would move the field forward.”

More From Discover
Health
This Patch Measures Pains in the Neck (And Predicts Sports-Related Concussions)
Mind
The Well Sibling Syndrome and its Mental Health Impact
Health
The Blurred Line Between Lyme Disease and Mental Illness
Mind
Finding the Right Messaging: Reverse Psychology and Reactance
Mind
5 Rare Mental Conditions You May Not Know About
Mind
Having Dreams About the Same Person? Here’s Why
Recommendations From Our Store
My Science ShopDiscover STEM Kits
My Science ShopDiscover 2022 Calendar
My Science ShopStrange Science
My Science ShopElements Flashcards
Shop Now
Stay Curious
Join
Our List