Advances in the Psychology of Passing the Salt 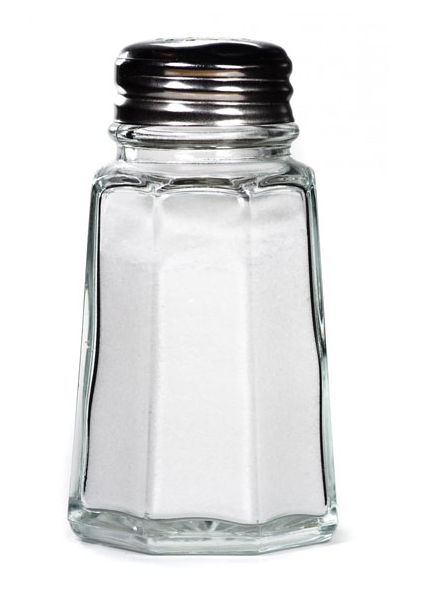 I just came across a remarkable new paper on the science of salt-passing behavior: Expected Results Show that a Longer Nose Means Slower Times for Passing the Salt and Pepper: A Second Report The article, which I have no doubt is entirely serious in nature, lists as its authors Canadian researchers Minér Patrick, Léon Le Néz and Pat Minér. Here's how Patrick et al. describe their work:

Eighty female student subjects were tested by being asked to pass salt or pepper by another student (male or female). The latter were in league with the researchers and had either the nose long or the nose normal. The subjects took longer to pass the pepper when the request was made by the confederate with the nose long, particularly if a man. The results are discussed in terms of theory and future research.

So the practical implications are clear: if you want the salt, get a short nose. The study's methodology was a masterpiece, or at any rate a masterful parody, of experimental design:

A salt shaker, pepper shaker, and questionnaire about music preferences were required. The questionnaire was only given as a cover, so data were not analyzed. Of key importance, a realistic long false nose was constructed and was fitted to male and female confederates in long nose condition. Four people who were consulted agreed that long noses were indeed perceived to be long but also blended well with the faces to which they were attached. The same observers also agreed that the noses of the people in the short nose condition, in which the noses were natural, appeared normally short. This validates the nose manipulation. Participants were tested individually and sat opposite another (a confederate) to complete questionnaire, which took approximately 20 minutes. The confederate always requested salt or pepper to be passed. The two shakers were closer to sender. When filling questionnaires, participants were given two bowls, one with unsalted peanuts and one with unsalted potato chips, and a choice of drinks (water, orange juice or cranberry juice). They were told that they could eat and drink as they wished. Sender’s behaviour as to whether or not salt or pepper was passed was secretly recorded by two blind observers working independently without communication by themselves. They did not know what experiment was about. They also measured time from when request was made until sender took shaker from table. Data for experiment are the means of these two stopwatch times. Experimenters also secretly observed proceedings but did not keep systematic records.

Unsurprisingly, this is not the first study to investigate the psychology of salt-passing. As far back as 1976, Murdock Pencil published a seminal paper on this important topic. This was followed in 1978 by an (extremely similar) paper by Michael Pacanowsky. More recently, Minér Patrick has been at the forefront of saltological research withseveralpapers, although these studies should be taken with a pinch of... something. Yet there are many unanswered questions surrounding this topic. In particular, what are the neural mechanisms that underpin salt-passing behaviours? To my knowledge, this has never been investigated. For this reason, I'm currently writing a grant application for an fMRI study of salt-passing, a study which, I hope, may pave the way for a broader understanding of neurocondimentrics.