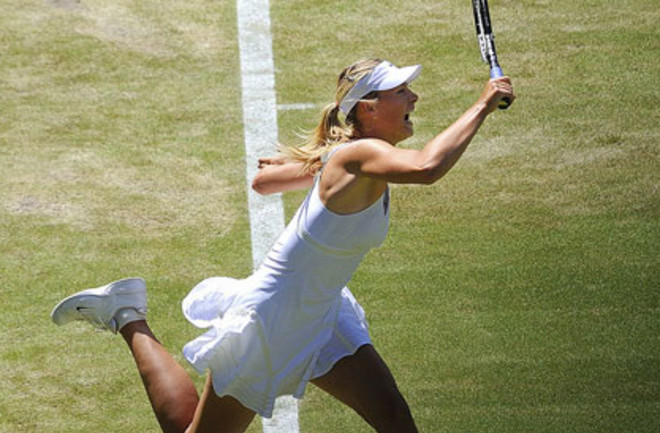 Those unearthly howls, shrieks, and grunts that burst out of tennis players' mouths may do more than just fill the silence of tennis stadiums. A new study suggests that a player's grunt might slow down the response time of her opponent, giving the grunter an advantage. For the study, published in the journal PLoS ONE, researchers asked students to watch videos of a tennis player hitting a ball; some shots were accompanied by a soft grunt, others were performed in silence. For each shot, the student had to indicate which side of the court the ball would land on by hitting a keyboard key. According to the study, "The results were unequivocal: The presence of an extraneous sound interfered with a participants' performance, making their responses both slower and less accurate." Of course, highly trained, professional tennis players might be less thrown by the noises than college students sitting in a lab; the researchers say the next step is to try some experiments on the court. But the findings do strengthen the case of the anti-grunting brigade:

Grunting tennis players made the news during the 2009 Wimbledon Championships, when tennis officials announced that they were considering fines for serial grunters. Referees can currently award points against players who seem to be deliberately disturbing their opponents, but many players have said that they simply grunt to focus their energy during a swing.

Discoblog: Can Golfing Make You Deaf?

Not Exactly Rocket Science: What Tennis Rackets Tell Us About Giant Extinct Armadillos