A Streak of Madness

A 37-year-old man’s sudden lapse into mania and paranoia eludes diagnosis until a final clue emerges. 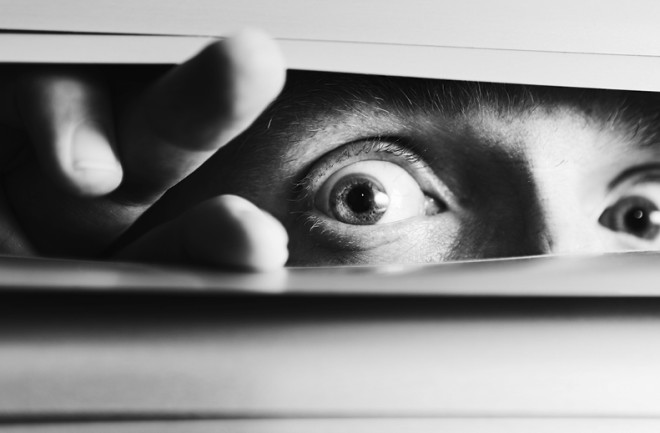 Kurt, like many patients brought to the psychiatric emergency room, arrived at the hospital in handcuffs.

“We’ve got a streaker,” said the triage nurse. On a cold December evening, something sent this 37-year-old man running naked through the streets.

Kurt had argued with the staff at the rental office in his apartment complex. When they threatened to evict him if he didn’t start paying his overdue rent, Kurt called the police. Then, deciding that the voice on the phone was actually a police impersonator, he stripped off his clothes and began sprinting to the nearest station. Two officers picked him up and brought him to our hospital.

This wasn’t an unusual tale. In a decade of my training and working as a psychiatrist, each time I’d encountered this kind of bizarre behavior, the cause had turned out to be one of three things: a manic phase of bipolar disorder, a psychotic crisis of schizophrenia or drug intoxication. My task was to figure out which of these applied to Kurt and treat him accordingly.

Kurt’s medical record gave little hint where he might fit. He’d received psychiatric care off and on for three years but was never hospitalized. His psychiatrist diagnosed him with major depressive disorder and generalized anxiety disorder — common conditions that wouldn’t explain his recent actions. According to the clinic notes, he drank a few beers most weekends and smoked marijuana once a month, neither of which could account for his recent strange behavior. What had changed?

My ID badge electronically unlocked the heavy wooden door to the psychiatric wing. Kurt paced in his 10-by-10-foot room. Standing guard outside were a stocky officer and a tall nursing assistant. Kurt was dressed in the standard pocket-free hospital scrubs worn by patients deemed a potential threat to themselves or to others. Confined to a secure space, he was no longer handcuffed. I introduced myself and remained standing with my clipboard in hand.

“Can you explain to me what got you so upset and afraid earlier today?” I asked.

Kurt slowed his pacing, then stopped briefly. He stared at me for a good 15 seconds before speaking. Then, as had so many patients I’d seen over the years, he told a rambling conspiracy tale that made sense only in his own mind. Kurt’s paranoid story involved his apartment rental office masterminding an epidemic of global warming, illegal immigration and mass incarceration. The more convoluted his words, the louder he spoke and the faster he paced.

“Why did you take off your clothes?” I asked.

“They got bugged at the office,” he said. “Somehow they figured out how to sew a wire into them.”

After a few more minutes, I realized that I was unlikely to get any useful information. So I asked Kurt if I could speak to someone who knew him. Psychiatry sometimes resembles detective work when the person you’re evaluating can’t or won’t provide the data you need to solve the case. Kurt gave me the OK to contact the apartment rental office and his family.

The manager said Kurt had morphed into a different person over the past several months. He had been calm and friendly and on time with his rent, but recently he’d become socially unpredictable and had fallen behind several months on his payments. His brother confirmed that Kurt’s behavior had changed suddenly. Had he started abusing drugs?

When Kurt arrived at the hospital, the nurses took a urine sample to test for commonly abused drugs, such as cocaine and methamphetamine. The lab results would come back soon, but I also wanted to know about the newer synthetic drugs that don’t show up on a standard drug screen. “No, nothing like that,” his brother insisted. “Kurt’s always been wary of hard drugs.”

Walking back to the psychiatric urgent care office, I thought through possible explanations. Drug intoxication seemed less likely. So did schizophrenia, which usually occurs before age 30. Sometimes depression can become so severe that people lose touch with reality. But Kurt was impulsive and hyperactive, behavior associated with mania, not depression. Could he have bipolar disorder — a mixture of mania and depression — that had been misdiagnosed as a primary depressive disorder all this time?

Or maybe the depression medication that Kurt was prescribed had triggered mania and psychosis? I’d read case reports of this happening and seen it once myself, but connecting the two remains controversial in the field. Besides, Kurt had been taking the same drug at the same dose for more than two years.

Still in fear about his landlord’s intentions, Kurt agreed to be hospitalized. It would be up to the inpatient psychiatric team of doctors to figure out why his mind had gone astray.

While I was writing my admission note, Kurt’s laboratory tests returned. His urine drug screen had no signs of common street drugs like marijuana, cocaine, crystal meth and heroin. His blood labs showed no alcohol in his system. Outside of alcohol, standard blood tests on patients rarely reveal anything that can account for severe psychiatric symptoms. In Kurt’s case, his various lab results — thyroid, kidney, liver, glucose, sodium and potassium — were all normal with one exception: an elevated calcium level in his bloodstream.

Elevated blood calcium levels, or hypercalcemia, can be induced by a variety of things, including cancer, certain medications and excessive vitamin D intake. But the most common cause is an overactive parathyroid gland in a condition known as hyperparathyroidism. Our bodies have four parathyroid glands, each normally the size of a grain of rice, in the neck. The parathyroids regulate the amount of the mineral calcium in our bodies — vital to the functioning of our nervous system, heart and other muscles, and the health of our bones. Suddenly, I remembered something I’d read about but never seen: Hyperparathyroidism is a rare cause of psychiatric illness.

I called the lab to obtain a parathyroid hormone level from the blood sample taken. They told me the results would not come back for several more hours, until after my shift had ended. In the meantime, Kurt was treated with low-dose antipsychotic and anti-anxiety medications.

The following day during my lunch break, I pulled up Kurt’s computerized medical record. Sure enough, his parathyroid hormone level was elevated, consistent with the most common form of hyperparathyroidism. Once the medications had somewhat calmed Kurt’s acute manic-psychosis, the psychiatric team consulted with the endocrinology specialists, experts on disorders of the thyroid and parathyroid glands among other conditions.

During their evaluation, Kurt reported experiencing a variety of symptoms consistent with hyperparathyroidism — joint pain, fatigue and muscle weakness — for several months. An imaging scan showed a hyperactive parathyroid gland. He was referred for surgical removal of the abnormal gland (parathyroidectomy), the definitive treatment for this condition. The day after his procedure, his calcium levels normalized, and he reported feeling better.

Weeks later, I looked at his chart and saw a note from his outpatient psychiatrist. Kurt was off the antipsychotic and anti-anxiety medications prescribed in the hospital and back on his antidepressant drug — but at a lower dose, with plans to consider tapering off it in the future. He reported feeling better than he had for many years. “The last several months were a haze,” he told his psychiatrist. “I’m embarrassed to think about what I might have said and done during that time.”

Kurt’s story serves as a powerful reminder of an easily forgotten truth: The distinction between mind and body is artificial. Doctors who ignore this reality do so at their patients’ peril.