A New Theory of Dreaming

Do dreams exist to protect the brain's visual cortex? 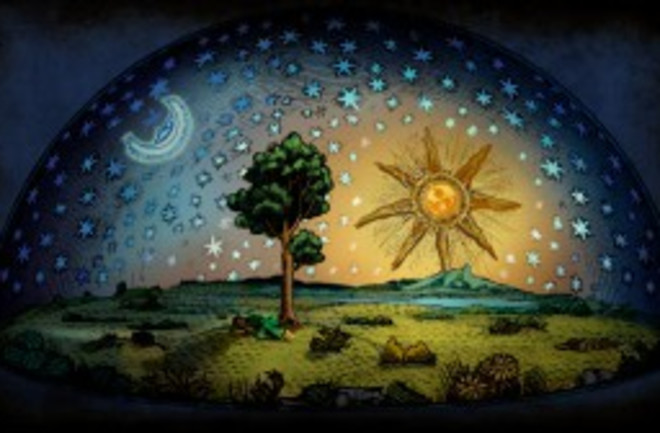 Bruno dreams of an infinity beyond the classical universe. (Image courtesy of Fox)

Why do we dream? Psychologists and neuroscientists have been debating the function of dreams for centuries, but there is still no accepted answer.

Now, David M. Eagleman​​ and Don A. Vaughn​ have proposed a new theory. Their preprint article, which has not yet been peer reviewed, is called The Defensive Activation theory: Dreaming as a mechanism to prevent takeover of the visual cortex.

To my mind, it's a highly original and creative theory, but I'm not convinced by it.

Here's Eagleman​​ and Vaughn​'s theory in nutshell: The role of dreams is to ensure that the brain's visual cortex is stimulated during sleep. Otherwise, if the visual system were deprived of input all night long, the visual cortex's function might degrade.

We know that the visual cortex, in the brain's occipital lobe, can start to respond to non-visual signals if it is deprived of visual input. In blind people, for instance, the occipital lobe strongly responds to touch. This rewiring or repurposing of under-utilized brain areas is a form of neuroplasticity.

Neuroplasticity is generally considered a good thing. But Eagleman​​ and Vaughn point out that for the visual system, neuroplasticity could actually pose a threat, because vision — unlike our other senses — isn't active all the time.

If we are in a dark place, or it's night, we get little or no visual input. So — in theory — our visual cortex would be vulnerable to 'takeover' by other senses, every single night. Dreams, on this view, are our brain's way of defending the integrity of our visual system by keeping it active.

As I said, I love the ingenuity of this theory, but I don't really buy it. We know that dreams are associated with stimulation of the occipital cortex during a sleep stage called REM sleep. So it's true that dreams stimulate the visual system. But I'm not convinced that this is the main purpose of dreams.

For one thing, Eagleman​​ and Vaughn's theory only makes sense if neuroplastic repurposing of the cortex happens very quickly. For the visual cortex to need defending, harmful neuroplasticity would need to occur in the space of a few hours. The authors do discuss evidence that rapid neuroplasticity can occur, but they don't show any evidence that these rapid changes are strong enough to be harmful.

In fact, Eagleman​​ and Vaughn don't really discuss any direct evidence for the dreams-as-defense.

They show a correlation between amount of REM sleep and the pace of development among primate species. Primates whose babies learn to walk faster and reach maturity faster, tend to have less REM. (Humans, the slowest maturing primates, have the most REM.)

Primate development and REM sleep, from Eagleman and Vaughn (2020)

The idea is that faster development means slower neuroplasticity, and slower neuroplasticity means less need to protect the visual cortex from encroachment. This is very much circumstantial. The authors do cite some other indirect evidence, but admit that: "The present hypothesis could be tested more thoroughly with direct measures of cortical plasticity."

I think this hypothesis could be tested quite easily. You'd take a group of human volunteers and give them an fMRI scan, at baseline, to establish the extent of their visual cortex and how visually selective it is (i.e. how well it responds only to visual input, not touch or other senses.)

Then, for 24 hours, half of the volunteers would wear a blindfold to produce visual deprivation. Half would have REM sleep disrupted that night (selective REM disruption is possible). At the 24 hour point, they get a second fMRI scan.

Eagleman​​ and Vaughn's theory would predict that the vision-deprived people would have less visually selective visual cortex, and, crucially, that REM disruption would enhance this effect. The authors suggest a similar experiment.

More From Discover
Mind
Why Do We Hold On To Clutter?
Mind
Weed Might Not Make You Creative After All
Mind
What Psilocybin Psychedelic Mushrooms Are Teaching Us About Human Consciousness
Mind
How Failing Could Actually Help us Succeed
The Sciences
How a Zombie-Ant Fungus Can Infect a Host
Mind
Video Games May Have Negative Effects on the Brain
Recommendations From Our Store
My Science ShopDiscover STEM Kits
My Science ShopDiscover 2022 Calendar
My Science ShopStrange Science
My Science ShopElements Flashcards
Shop Now
Stay Curious
Join
Our List