A Brief Guide to Neuro-Products

On this blog I usually focus on academic, scientific neuroscience. However, there is a big world outside the laboratory and, in the real world, the concepts of neuroscience are being used (and abused) in ways that would make any honest neuroscientist blush. In this post I'm going to focus on three recent examples of neuro-products: commercial products that are promoted as having some kind of neuroscience-based benefit. 1) Neuro Connect Golf Bands We'll start out with a silly one. This product, full name Neuro Connect™ INFUSED Shaft Bands, costs $150 for a pack of ten bands. You're supposed to place one of these bands just below the grip on your golf clubs. This will improve your golf swing by providing a 'subtle energy connection' between your club and your brain. Here's how it works: "A field emitted by the shaft bands intersects with the central nervous system when the club is swung around the body. Swinging with an INFUSED shaft band immediately enhances the function of nerve receptors in muscles and joints." 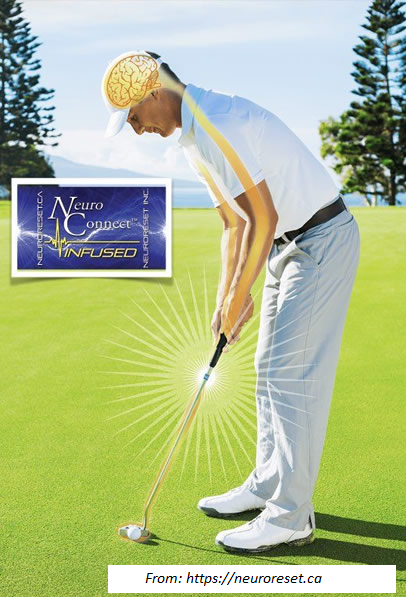 Now, generally speaking, when an "energy field" interacts with your nerves, the result is rather painful, but Neuro Connect uses a special "subtle energy pattern" which has no known negative effects. I suspect the field has no positive effects either, and that it doesn't exist. On their FAQ, under the heading of "Do you have any scientific proof the devices work?", Neuro Connect admit that "credible peer-reviewed studies take years to complete" which I take as a roundabout way of saying "no". This product is an example of something that anyone with a scientific background would be able to dismiss as crazy: it claims to harness some kind of energy unknown to physics to make people better at golf, via some mysterious brain magic. Nonetheless, depressingly, there seems to be a market for it. And there are many other equally wacky products out there. Generally, anyone who is trying to sell you something by invoking neuroscience alongside quantum physics is selling hot air. 2) Qualia Mind Mental Nutrition This neuro-product is just one example of the many 'brain-boosting' nutritional supplements on the market today. I chose "Qualia Mind" as the exemplar of its genre only because it has quite cool packaging: 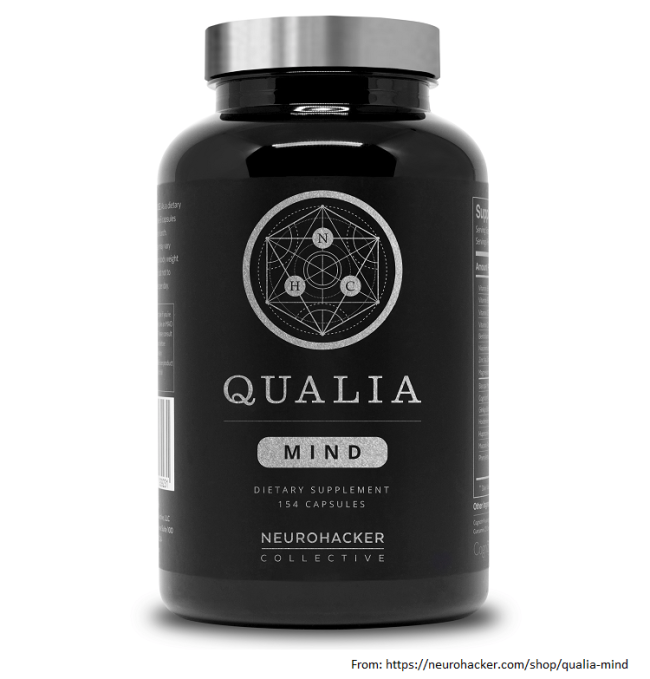 Marketing for products such as Qualia Mind tends to imply that taking these supplements will enhance your brain function in all kinds of ways, making you smarter, happier and more productive. However, if you look closely, you will notice that they don't explicitly claim to provide any of these benefits: this is because none of these products have been proven to work. Qualia Mind for example is described as follows: "helps support mental performance and brain health. Specifically designed to promote focus, support energy, mental clarity, mood, memory, and creativity. Discover a whole cognitive upgrade with Qualia Mind." This makes no specific promises (so, no lawsuits if the product fails) but it implies all kinds of good things. Unlike Neuro Connect bands, supplements like Qualia Mind are not inherently implausible. It is plausible that some combination of nutrients and nootropic compounds could boost cognitive performance at least temporarily. The problem is that there is, to my knowledge, no good evidence that any given neuro-supplement product actually works. That is, there are no large, randomized, placebo-controlled trials. The best evidence presented by Qualia Mind, at any rate, is one small, non-controlled pilot study and many of their competitors don't even have that. Personally, as a neuroscientist, I have never felt tempted to try any of these products. I take a standard, generic multivitamin pill with iron every day, costing virtually nothing, and I would be very surprised if any neuro-product was found to work any better. 3) Neuro Drinks "Brain-based" food and drinks are popular neuro-products. The especially successful Neuro Drinks are available at Walmart and have even been endorsed by Kim Kardashian. I've never tried one of these brighly-colored brain beverages, so I'm not going to comment on the taste. But I do feel able to say that they have little to do with neuroscience. 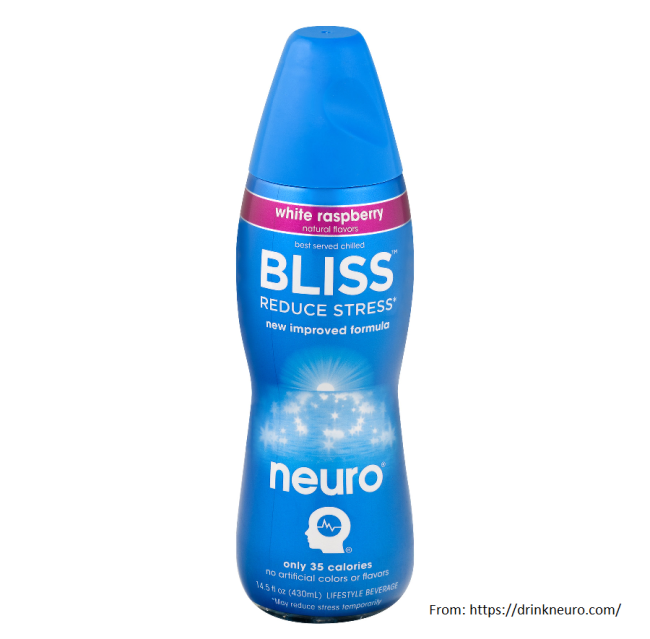 Neuro Drinks are available in various flavors, from blue Neuro Bliss to silvery Neuro Gasm. Each of these contains a different set of ingredients and herbal extracts which are (déjà vu alert) implied but not explicitly claimed to give a benefit such as relaxation or energy. Apart from Neuro Aqua, which is just water. Other brain-based drinks on the market include (amongst many others) braingear and BrainJuice. For those who are more hungry than thirsty, there are also neuro-foods like NeuroTrition out there. My overall view of these products is much the same as my view of the supplements that I discussed previously: while it's not impossible that a drink or a diet could improve your brain function, I am not aware that there is any product that offers a meaningful benefit over just having a normal, healthy diet (other than the high caffeine content in many of the drinks, which probably does work, but caffeine pills are cheaper.) Of course, food and drink neuro-products do have an advantage over supplements which is taste. Maybe you really enjoy, say, the white raspberry flavor of Neuro Bliss - in which case, great. If it's tasty, then go for it. But I don't think it's likely to do your brain any particular good.