A Brain At Rest? Thoughts and Feelings in the "Resting State" 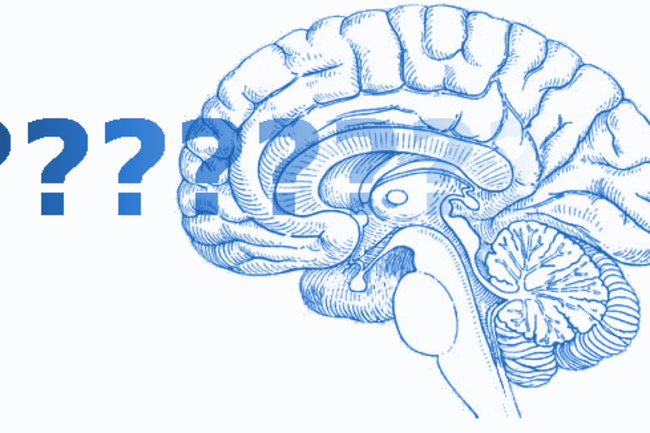 Neuroscientists are increasingly interested in the brain's "resting state" - the neural activity that goes on while people are doing nothing in particular. But how restful is rest? What do people think about when they're "resting"? Psychologists Russell T. Hurlburt discuss this issue in a new paper called What goes on in the resting-state? A qualitative glimpse into resting-state experience in the scanner In a study of five volunteers undergoing resting state fMRI scans, the authors report "very large individual differences in inner phenomena, suggesting that the resting-state itself may differ substantially from one participant to the next." In other words, maybe there is no single resting state, but lots of them. Hurlburt et al. made use of the technique of descriptive experience sampling (DES) in which the volunteer is asked to write down whatever they are experiencing at the exact moment when a buzzer makes a "beep" sound. The beeps occur at random times, so this provides a representative sample of experience throughout the experiment. In this study, the five participants were trained on the DES method outside the scanner, and then they did DES during a series of quite long resting state fMRI scans (writing notes on a clipboard placed next to the scanner, then elaborating on these notes after the scan). It turns out that the participants reported quite different experiences. For instance, volunteer #5 reported "inner seeing" on 67% of the samples, compared to 19% for volunteer #1. Meanwhile, #1 reported "emotions / feelings" on just 3% of occasions, but participant #4 felt emotions on a full 22% of samples. These statistics don't capture the richness of the participants written experience reports. Hurlburt et al. provide some selected examples - and they say the full DES data-set is available on request:

1. (Jack, participant 1, sample 8.3) Jack is rubbing with his thumb the fabric that holds the writing board, and he feels the snagging of the fabric on his thumb. This is more a sense in his thumb than of the fabric. He is involved with determining whether this is wool or synthetic, but that is a part of the sensation, not a cognitive act. (Sensory awareness). 3. (Otto, participant 3, sample 5.5) Otto is saying in inner speech “I just turned 30.” He doesn’t know why he is saying that or to whom, but he is clear that that is what he is experiencing and that he is emphasizing the word “turned.” (Inner speaking).

And so on. One thing the authors don't do is report any correlations between the experiences and brain activity in the resting state. In fact the fMRI scanner was more or less a contextual detail of this paper. Presumably, the fMRI-correlates-of-experience analysis will be published in a subsequent article. I have previously speculated that some differences in resting state fMRI activity may be driven by peoples' different experiences in the MRI scanner, and that these experiences could be driven by the participant's history. For instance, I think volunteers who have undergone many fMRI scans before may be more relaxed during the scan compared to first-time volunteers. Perhaps Hurlburt et al.'s method could further explore this idea.

Hurlburt RT, Alderson-Day B, Fernyhough C, & Kühn S (2015). What goes on in the resting-state? A qualitative glimpse into resting-state experience in the scanner. Frontiers in Psychology, 6 PMID: 26500590