For the first time, psychologists mapped muscle variation in the face. 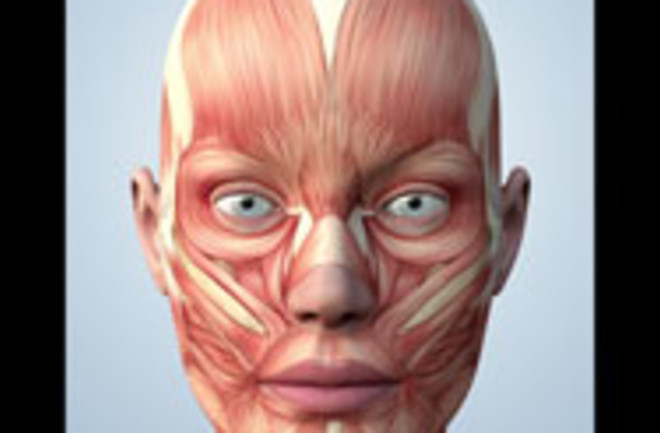 While the muscles for making basic facial expressions are standard issue, some people have extra equipment, according to a study led by psychologist Bridget Waller of the Centre for the Study of Emotion at the University of Portsmouth in England.

Waller wanted to understand the biological basis of how people convey emotions, which are crucial for social interaction. Does facial musculature vary from person to person? The question is not easy to answer because facial muscles are flat and can mingle with other muscles. And while most muscles in the body attach to bone, facial muscles often attach only to skin. In a dissection of 18 male and female Caucasian cadavers from Pittsburgh, Waller and her colleagues found that the human face has more variation in muscle than any other body component except possibly the forearm. While the five facial muscles necessary for making the six basic human expressions—happiness, sadness, fear, anger, surprise, and disgust—were present in every specimen, at least 10 other muscles were occasional no-shows.

Other studies had hinted at this variation, but Waller’s report is the first to document it in a systematic dissection study. Waller’s next research topic: Are people with more facial muscles more successful at social interaction?