Contrary to popular psychological theory, self-control may not equate success. 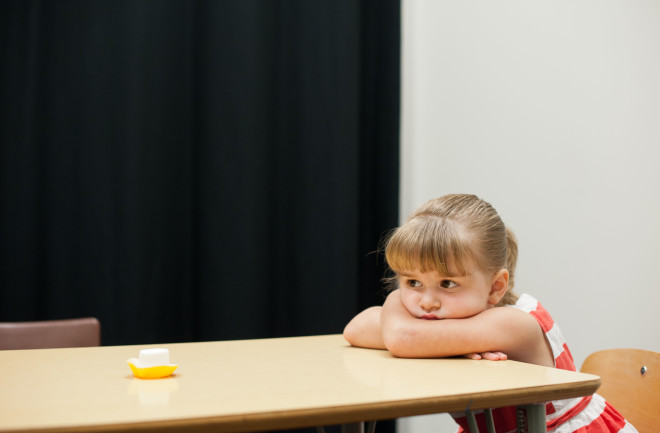 A lesson in disappointment taught kids to seize the moment. | J. Adam Fenster / University of Rochester

In a classic test of willpower, psychologists found that preschoolers who could resist eating one marshmallow now to get two marshmallows later fared better as adolescents, with higher SAT scores and better concentration. For decades the "marshmallow test" has been cited as evidence that self-control leads to success.

But this past year, University of Rochester psychologist Celeste Kidd and colleagues proved that things are not so simple. In Kidd's study, an experimenter promised 3- to 5-year-olds new crayons or stickers but returned empty-handed, saying that the supply had run out. When those disappointed kids took the marshmallow test, they gobbled the treat in short order. If you can't count on that second marshmallow, why wait?

Children who got the promised goodies waited four times longer, on average. Kidd’s conclusion: What might seem like a lack of willpower may actually be a difference in worldview. Hard experience teaches some children that the best time to eat the marshmallow is right away.