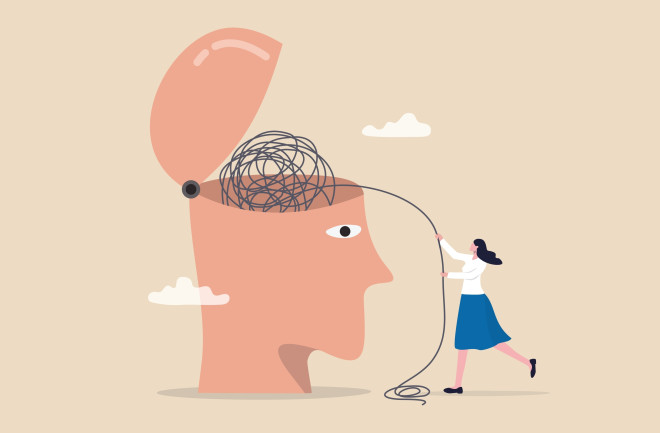 While some mental disorders are comparatively well known, such as anxiety, depression, PTSD, bipolar disorder and schizophrenia, there are other mental conditions that impact few individuals and are rarely heard about.

This condition makes people feel like their hand has a mind of its own. Understandably, this can create distress for those with the syndrome. Aneurysms, brain tumors, strokes and other brain injuries can cause alien hand syndrome.

There are a variety of associated symptoms, depending on what part of the brain is impacted. These include involuntarily grabbing and groping (usually done to one’s own body and clothes), raising an arm unintentionally and problems with tasks requiring two hands.

Although it's also known as “imposter syndrome,” Capgras Syndrome is different from those who feel like they aren’t good enough or have self-doubt — those who experience this syndrome have an irrational belief that an imposter has replaced someone close to them. This feeling is commonly applicable to a spouse.

But Capgras syndrome can also make people think their homes, pets or certain objects have been replaced. There is a connection between this condition and Alzheimer’s disease, brain injury, dementia and schizophrenia.

French psychiatrist Joseph Capgras first described this misidentification syndrome in 1923, when he studied a woman who believed her children, husband, neighbors and the police were all imposters.

This malady causes people to believe they are missing body parts, or be convinced that they are dying or are actually dead. These feelings rarely occur on their own, but are usually a symptom of certain psychiatric conditions, neurological diseases and/or brain damage. People who have this syndrome become less social and may stop speaking or eating. Others might harm themselves.

There are currently only about 200 known cases of Cotard’s delusion, also known as “walking corpse syndrome.” French neurologist Dr. Jules Cotard described the syndrome in 1882, and experts believe he was the inspiration for the character of Dr. Cottard in Marcel Proust’s novel In Search of Lost Time.

This is the unrealistic belief that someone is in love with you — typically somebody of a higher social status, a public figure or someone famous. This condition usually doesn't occur until middle age, and it encourages the thought that the subject of one’s obsession is sending them secret, nonverbal messages. Symptoms include spending large amounts of time obsessing over the subject, to the point that it negatively impacts the rest of one’s life — getting angry when others don’t believe them, and repeatedly attempting to contact the person they’re consumed with.

This condition can actually become dangerous and lead to stalking and harm. Officially known as de Clérambault syndrome, it was named after Dr. Gaetan Gatian de Clérambault, the psychiatrist who identified it.

Author Marie-Henri Beyle, known by his pen name “Stendhal,” wrote of his transformational experience when visiting Florence, Italy. He was so overcome with emotion at witnessing the artwork that he experienced heart palpitations and lost his balance, according to Art&Object.

Stendhal Syndrome is when artwork creates a fainting sickness, according to Art&Object. In modern-day Florence, psychiatrist Graziella Magherini noticed psychiatric patients who shared certain symptoms: dizziness, disorientation and heart palpitations. Some cases even included fainting and hallucinations. Foreign tourists who had recently witnessed artistic masterpieces, such as Botticelli’s The Birth of Venus, Caravaggio’s Bacchus or Michelangelo’s David, also experienced these symptoms. Since the symptoms were similar to Stendhal’s, Magherini named the syndrome after him.