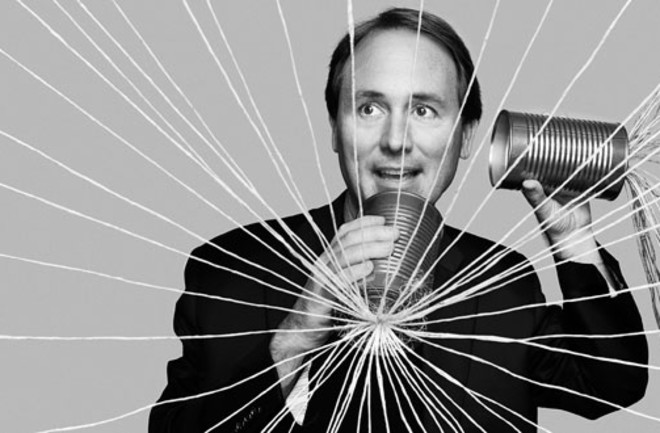 The dot-com bust. The housing bubble. Bernie Madoff. The past decade has pounded us with examples of the dangers of overconfidence. One can imagine it would have been a dangerous quality among our ancestors as well. An early hominid who judged himself equal to a herd of mammoths most likely paid the ultimate price. So why, then, is overconfidence such a persistent evolutionary trait? Last year, in a mathematical model of evolution published in Nature, social scientists James Fowler of the University of California, San Diego, and Dominic Johnson of the University of Edinburgh offered an explanation. They created a theoretical population and showed that, like it or not, overconfident individuals outcompete realists in many situations. The work is just the latest twist in Fowler’s broader investigation of one of the great conflicts in human nature: the battle between self-interest and group success.

You’re best-known for studying social networks—sets of people and the relationships among them. How did you get started in the field? I was in the Peace Corps in Ecuador when two seemingly identical villages had different reactions to my offer to help build water systems. One group was very organized and built a system within a year. The other village—every time I showed up, they either wouldn’t be there or would all be splayed out drunk in the plaza. I went to graduate school to try to figure out why some people cooperate to do something that benefits everybody, and others don’t.

From there you moved on to a study of voting behavior. What is the connection? When you take time out of your day to vote, you’re paying a small cost to help a larger group. Game theorists noticed, though, that in large populations, your vote matters only when there’s an exact tie. Your vote will never be the deciding factor, yet people still do it, and by virtue of their actions, one person influences another to do the same.

In other words, the small effect one person has on another can snowball.  When I realized this, I got so excited that I started typing on my computer at 2 a.m. Maybe voting is like a shampoo commercial where a woman gets so enthralled with her shampoo that she tells two friends, and the screen splits into two, and then they each tell two friends, and the screen splits into four, and so on. Pretty soon you have 64 women all using this shampoo. I looked at the mathematics to see how many other people are influenced to vote if you do. The lowest estimate is about three. If you relax some of the assumptions, that number can go up to the low hundreds.

That’s a comforting thought going into an election year. But isn’t there an element of altruism involved in voting as well?  In controlled studies in the lab, I found that people who were more altruistic—more likely to give away money to strangers in a game—were also more likely to vote. For some people, equality is one of the things that they try to achieve whenever they’re making decisions.

Your recent study sheds light on a trait that seems at odds with the concept of cooperation: overconfidence. Can you elaborate? We built a mathematical model to see if overconfidence would persist in an evolving population. In this model, two individuals each have a certain level of capability, which they over- or underestimate while deciding whether or not to compete against their opponent for a resource, like food. If neither claims the resource, then neither gets anything. If both claim it, then the more capable individual wins and gets the food. But if neither individual has a clear advantage, one of them might walk away from the food, and the other, if he has an inflated opinion of himself, can get that food for free.

What did you find? On balance, it makes sense to be overconfident whenever the value of the resource is bigger than the cost of conflict. One way this works is if your survival is at stake.

How did this play out in human evolution? Imagine village life tens of thousands of years ago, before fire. Food is probably much more valuable than it is in modern times: Whether or not you eat today has an impact on whether or not you’ll survive tomorrow. But technology is still lacking: We don’t have knives; we don’t have guns. If you go back far enough, we may not even have stone tools. The cost of conflict is much lower, in the sense that you may have a fistfight, but you probably won’t die—at least not as easily as you’d die today. Now imagine that our brains evolved in this state, with very beneficial resources at stake and conflicts that you could probably survive from day to day, and it makes sense why overconfidence would be advantageous.

Does that advantage still hold true today? It still does in any situation where something is set up tournament-style and people can be eliminated. One example is competing for a promotion in the workplace. In this case, we’re not talking about survival literally in that if you don’t get the promotion, you’ll die. But we’re talking about survival in the sense that the people at the top have already gone through this tournament process where they competed for promotions and won repeatedly. So people at the top of an organization tend to be more overconfident, in the sense that they have survived more rounds of selection than those just starting.

It’s hard not to think of the people who directed their financial institutions to take on bundled mortgages and other high-risk investments. Is there a downside to overconfidence in corporate leadership? An overconfident person exposes everyone to more con­flict and risk, jeopardizing the group.

If overconfidence could have such destructive effects in the modern world, why does it prevail? Because it is a good gamble for an individual to risk conflict to be personally better off, even though society benefits most when there is no conflict. Natural selection acts on individuals, not society as a whole, so overconfidence can evolve even if it is costly to the population.