From dolphins to dogs, playing is nearly universal across mammal species. And play drives some of humanity's greatest achievements. 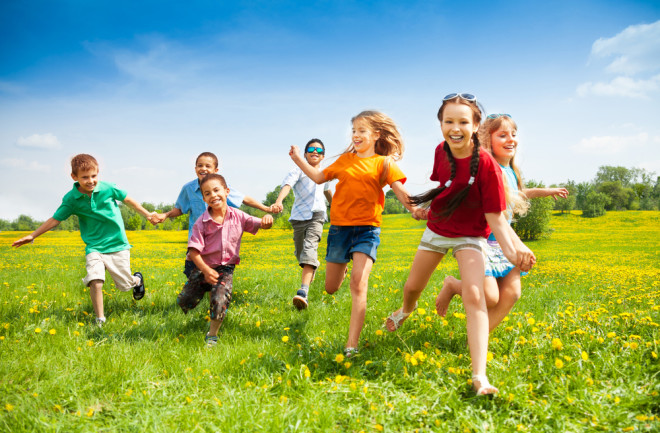 1. Children will play whether they live in a suburb or a war zone. The urge is so strong that children even played in concentration camps during the Holocaust.

3. Essential to the growing brain, play stimulates development of the cerebellum, which coordinates movement, and the frontal lobe, which regulates decision-making and impulse control.

5. And then there are communication skills. A 1981 study showed that preschoolers use more complex language while playing make-believe than during ordinary conversation.

7. For wild Alaskan brown bears, roughhousing seems to make cubs more resilient. According to a 2009 study in Evolutionary Ecology Research, just 1 percent more time spent playing correlated with an 18 percent greater chance of survival into adulthood. The study’s authors theorized play could give the cubs a behavioral or even immunological advantage.

8. Young dolphins’ spontaneous games, such as blowing bubbles for fun, might be related to learning more practical applications: Dolphins sometimes use “bubble curtains” to trap fish when hunting.

9. Generally speaking, the larger a mammal’s brain, the greater its tendency to play, according to a 2001 Journal of Comparative Psychology study that correlated play with relative brain size across 15 orders, from Rodentia to Primates.

10. Though most other mammals stop playing in adulthood, dogs are an exception. Bred to be our dependents, they retain frisky puppy behavior throughout life.

11. Speaking of frisky: According to Pennsylvania State University anthropologist Garry Chick, men act playfully to signal nonaggressiveness to a potential mate, while women do it to evoke youthful fertility.

12. Unless we’re talking about cosplay — the act of dressing up as, and assuming the identity of, a fictional character, popular at fan conventions. In 2013, Australian researchers argued that cosplay is motivated by the desire to join the unreal with the real.

13. Real play mastery takes real work: Even the most talented performers need a minimum of 10,000 hours of intense practice to attain elite status in their field, whether it’s volleyball, violin or chess, according to Florida State University’s K. Anders Ericsson.

14. But Brunel University researchers found that it took anywhere from 3,000 to 24,000 hours for someone to become a chess master, depending on general cognitive abilities.

15. Teens have no problem hitting 10,000 hours of playing time, at least when it comes to video games. That’s the average time gamers spend by the age of 21.

16. Not that video games are just for kids. Researchers at the University of California, San Francisco, reported last year in Nature that playing NeuroRacer, a video game designed for their study, boosted both long- and short-term memory in participants as old as 79. No word on whether players forgot to switch off their turn signals, though.

17. Game play was one of the first popular uses for computers. In 1962, MIT students programmed an action game called Spacewar! on the school’s $120,000 DEC PDP-1. The game swiftly spread when DEC began installing it on new units to demonstrate the machine’s capabilities.

18. The history of human flight is grounded in play, beginning with the Chinese top, a toy propeller on a stick invented around 400 B.C. The same type of top was later a favorite boyhood plaything of British inventor George Cayley, and inspired his pioneering 19th-century flying machines.

19. Playfulness has also been the basis of major scientific discoveries. Albert Einstein formulated his special theory of relativity after imagining himself chasing a beam of light.

20. UC Berkeley psychologist Alison Gopnik says all child’s play is science. When kids play with a new toy, they use probabilistic models to determine how it works. They’re conducting experiments — just like the psychologists who study child’s play.